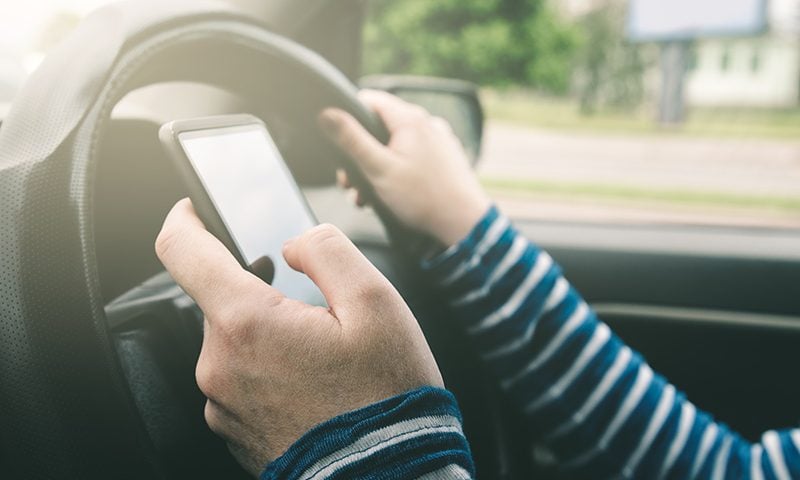 New software with a “do not disturb” feature will reduce the number of deaths caused by texting while driving, international safety bodies have said.

Speaking to the Financial Times, Debbie Hersman, President of the National Safety Council, a US non-profit organisation says: “The biggest problem is not the cars, but the devices that we bring into the cars.”

The iOS11 update is due to launch in September and will restrict notifications on iPhones for hundreds of millions of users. The software will assess external conditions to automatically trigger “do not disturb”. This can happen when the phone detects motion through its sensors, or if the device connects to a handsfree or stereo via bluetooth.

Texting and driving is on the rise

According to figures from the RAC, the number of drivers sending a text, email or posting on social media has risen from 7% two years ago to 19% today.

The feature has been announced as part of Apple’s Worldwide Developers Conference (WWDC) in San Jose, California. Features include automatic messages to anyone who tries to contact a driver, notifying them that they will receive a response on completion of the journey.

Craig Federighi, Apple’s Head of Software Engineering, said: “It’s all about keeping your eyes on the road. Instead of seeing all those notifications, we have this new user interface for you…We think this is going to be a real important step in safety in the car.”

Passengers who want to entertain themselves on the journey can still use their devices by manually opting out of the feature, marking themselves as “not driving”.

However, drivers who try to use their iPhones while in motion will be warned by the handset that they won’t receive notifications until they stop the car.

In April, Samsung launched a similar function via its Android smartphones app – “In-Traffic Reply”. GPS is used to detect when a vehicle is moving and sends automatic messages, aimed at relieving the “social pressure to respond to calls and messages quickly”, Samsung has said.

Ms Hersman added: “Technology got us into this situation, and I think technology is going to get us out of it.”

As of March 2017, the penalty for using a hand-held mobile at the wheel in the UK has increased to an on-the spot fine of £200 and six points added to the offender’s driving licence. Want to know more? We’ve got all you need to know.