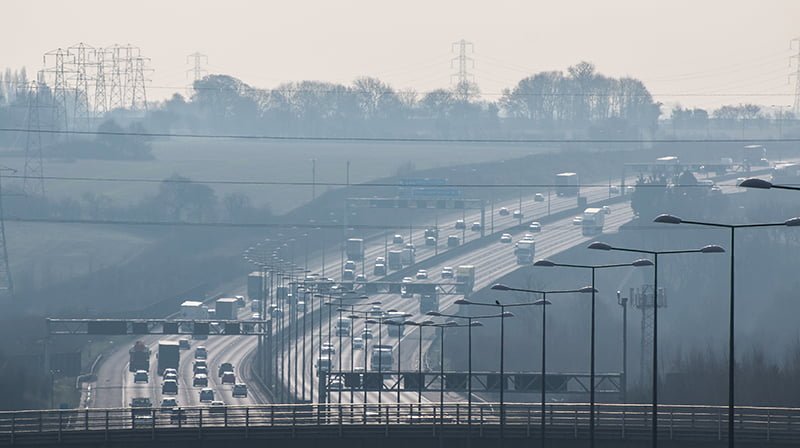 Late last week, the government revealed its plans to try and fight pollution levels here in the UK.

It was by no means an easy road to get here. The government originally tried to extend the required deadline for the plans until after the general election in June, but their request was denied. So, we got the plans (loosely) on time instead.

The prospect of a scheme has been in the news for about as long as anyone can remember now, and its premise is a simple one: drivers with older diesel vehicles (that typically pollute the most) would be able to trade in their vehicle for money, to put towards buying a newer, cleaner car.

Despite a lot of diesel scrappage-related news of late, the scheme has not been given the green light in the latest plans. But, scrappage fans, don’t worry, this doesn’t mean the scheme is dead in the free air and water.

We’ll get back to the scrappage scheme shortly, but first a quick look at what did feature in the plans.

The anti-pollution plan
The plans revealed that a lot of ideas are being considered in the government’s attempt to fight illegal levels of pollution in the UK.

One target is traffic. Everyone’s least favourite thing isn’t just annoying to drivers, it’s not great for emissions either. A lot of stop-starting can get your car guzzling through fuel at a superfast speed, which in turn means more emissions. Bad for you, bad for your wallet and bad for the planet. So, the government is looking into new ways to improve traffic flow by redesigning infrastructure.

Another idea is to try and improve older vehicles with newer technology. The government is looking into retrofitting those vehicles with higher emissions, to bring them down to more acceptable levels. These are just some of the ideas discussed by the Department for Environment, Food and Rural Affairs who published the plans.

Now, while they haven’t given the scrappage scheme the green light, they have given it some thought.

Will we see a scrappage scheme soon?
The plans reveal that a diesel scrappage scheme would target around 10 million pre-Euro 6 cars, and would cost close to £60 billion. Because of these figures, the scheme was described as “unfeasible”.

But, all is not lost for supporters of the scheme. A smaller, more focussed scheme could still be implemented in the future, targeting Euro 1-5 diesel (and Euro 1-3 petrol) cars, specifically in highly polluted areas.

So, we may well see a scrappage scheme of sorts in the near future, but it’s unlikely we’ll know any more until after June’s general election.