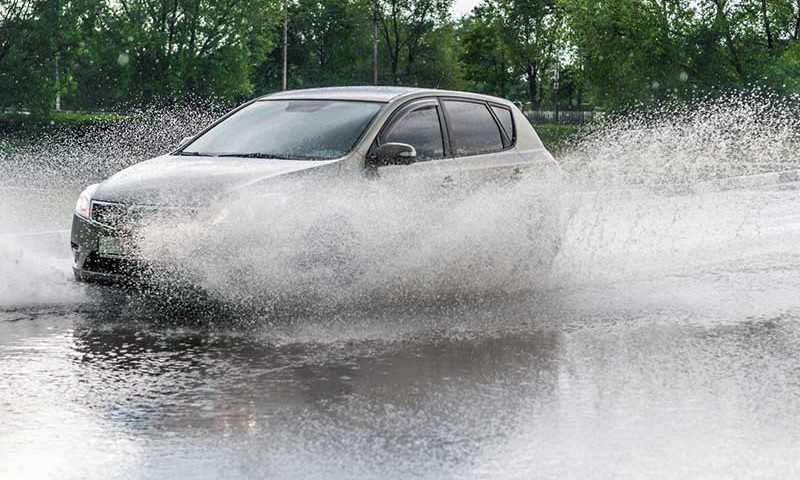 In the wake of this week’s wet weather, drivers will need to be on high alert when driving down waterlogged roads, or risk facing penalties for inconsiderate driving.

Motorists who splash water over pedestrians by failing to drive carefully through puddles could face fines of up to £5,000 and between three and nine penalty points, the Crown Prosecution Service warns.

According to the Road Traffic Act, drivers can be charged with “careless and inconsiderate driving” if they drive “without due care and attention, or without reasonable consideration for other persons”.

Penalties for the inconsiderate driving can range from £100 to a staggering £5,000 depending on the circumstances, with the maximum penalty awarded for “clear acts of incompetence, selfishness, impatience or aggressiveness.”

RAC road safety spokesman Pete Williams said: “Anyone unfortunate enough to have suffered a drenching by an inconsiderate motorist splashing them when driving through a puddle would probably welcome a sizeable financial penalty for the driver.

“This is a take it or leave it offer for the motorist if they accept that they have committed the offence.

“If, however, they refuse then they will face a magistrate who could impose a fine up to £5,000, although the maximum is very unlikely.”

Other punishable offences include dazzling oncoming drivers, pedestrians or cyclists with headlights, driving unnecessarily slowly to cause agitation, lane hopping or weaving and overtaking on the inside.

Penalties for all acts of inconsiderate driving are determined by the level of distress caused to other road users or passers-by.

Williams explained: “The fine would be appropriate to the level of distress and inconvenience caused and would hopefully send a clear message that inconsiderate and potentially aggressive driving is simply not acceptable.

“Drivers have a duty to show respect and care for their fellow road users and pedestrians.”

Here are some other overlooked motoring laws you could be breaking every day.