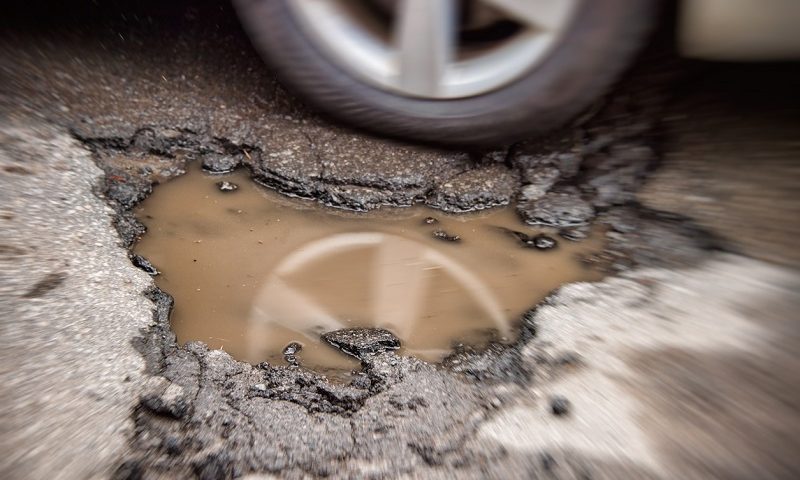 If a pothole in the road causes a driver to swerve, ending in collision – who’s really to blame?

A top motoring lawyer is calling for new legislation to protect drivers from liability if they’re involved in an accident caused by a faulty road surface.

Nick Freeman, known as ‘Mr Loophole’ in the motoring world, is urging the government to provide clear guidance on how drivers should tackle roads that are poorly maintained – as currently, it’s us who pay the price for being involved in an incident resulting from hitting or swerving a pothole.

He said: “Swerving to avoid a pothole won’t afford you a defence in court if you have an accident. You will be criminally liable. And there’s a fair chance you’ll be charged with anything from driving without due care – to a more serious offence depending on the consequences.

“Conversely, if you drive over a pothole and damage your car, the local authority will more than likely refute any civil claim for damages – arguing that the driver should have been more careful.

“Put simply there should be a special defence to cater for the parlous state of our roads – which the motorist is not responsible for.”

The RAC received nearly 5,000 call-outs for pothole-related damage to vehicles during the first three months of 2021 alone – a threefold increase on the year before.

The Local Government Association has previously advised it could take up to 14 years to fix the damage on UK roads.

Mr Freeman described the current situation as “ridiculous”, adding drivers are stuck “between a rock and a hard place”.

How to report a pothole

Hitting a pothole can lead to expensive and inconvenient car repairs – if not much worse. If you hit one, check for damage to your tyres, wheels, and steering.

Report it to your local council so it can be repaired. Enter your postcode on the government website, then include as much information as you can by taking down the name of the road and including pictures of the pothole and any damage to your vehicle.

In the meantime, you’ll be best placed to navigate them with 1st CENTRAL’s top driving tips.