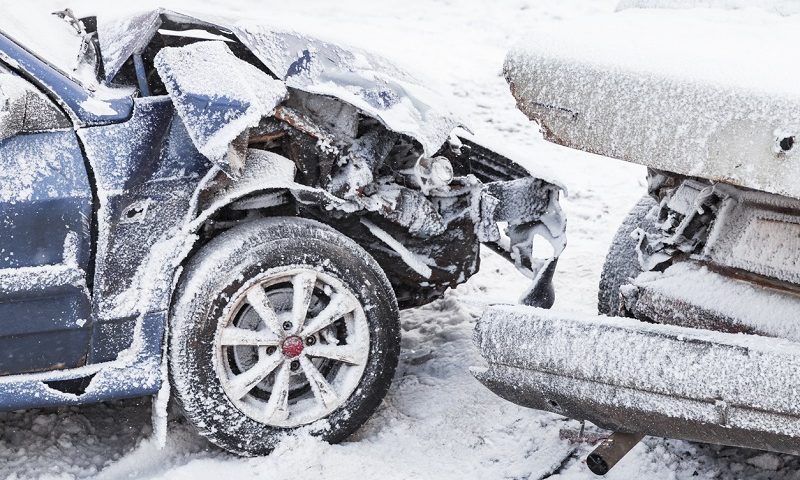 Some of us may have enjoyed the novelty of snow in recent weeks, but for many drivers, the wintery conditions have not been as welcomed.

The UK’s weather-related accident hotspots have been revealed in a new analysis of Department for Transport (DfT) and Office for National Statistics (ONS) data by MotorEasy.

The report, accounting for the period December to March in each year from 2015 to 2019, follows a weekend full of weather warnings and snow-related crashes here in the UK.

It found that Glasgow came top of the unenviable list of cities with the highest proportion of its road accidents related to unseasonable weather.

Scotland’s largest city had a total of 2,012 accidents caused by challenging weather, making up 38% of all its road accidents – roughly two in five in the five-year winter period analysed.

Following in second was Manchester, with 1,244 accidents caused by the likes of rain, snow, and ice – accounting for 28.8% of all its road accidents.

Joint third were Sheffield and Edinburgh, with 27.6% of road accidents caused by either the conditions – or a lack of care when driving in them.

London, perhaps unsurprisingly, emerged as the city with the highest number of road collisions in the circumstances analysed, with a total of more than 24,000 recorded cases. The capital only placed 10th on the list, however, as accidents attributed to the conditions accounted for only 18.8% of its total.

Other cities in the top 10 list were Bristol, Leeds, Birmingham, Bradford and Liverpool.

“Having your car properly maintained and serviced can keep it in its best condition ahead of the winter months, and if you are involved in a bump or a scrape, repair plans can help with the cost.”

A rise in the number of drivers crashing in the snow this past weekend led to police and highway agencies having to close a number of roads across the country.

Central Motorway Police Group (CMPG) tweeted a picture of a car on its side on the M54 near Wolverhampton on Sunday, alongside other photos of the challenges being posed for drivers by the wintery conditions.

CMPG warned it had already been to four traffic collisions in the network and pleaded with drivers to slow down and drive to conditions.

Find out how to stay safe on the roads when driving this winter weather with our complete guide.