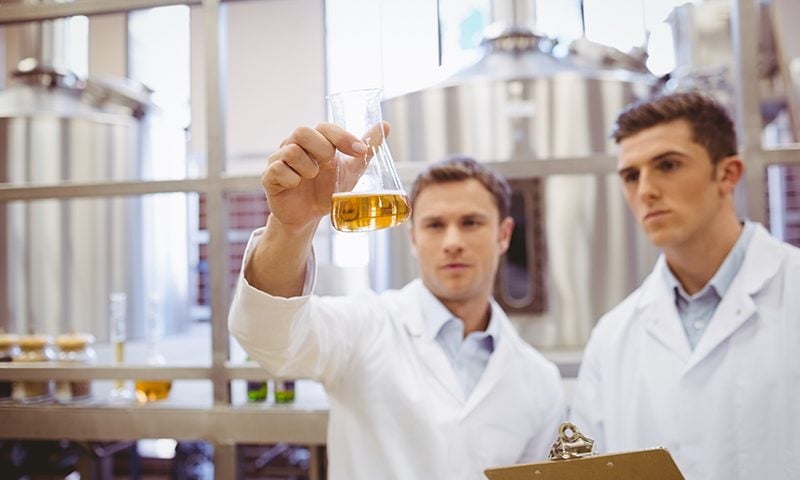 Beer and driving have always been a taboo pairing. But scientists at the University of Bristol could have come up with a way to harmonise their relationship – using beer as fuel…

Cutting the costs of fuel while creating a sustainable alternative to petrol is somewhat of a holy grail in motoring.

Now chemists have found a way to convert the alcohol in drinks into butanol, which can be used as a replacement for petrol.

The research team at the University of Bristol say for the technology to work on a commercial scale, it needs to use real ethanol “fermentation broths”.

With the technology already showing it can work, the scientists now need to work on ways to apply this on a larger platform.  They estimate it could take five years.

Research team Head Professor Duncan Wass, said: “Turning beer into petrol was a bit of fun, and something to do with the leftovers of the lab Christmas party, but it has a serious point.

“Beer is actually an excellent model for the mixture of chemicals we would need to use in a real industrial process, so it shows this technology is one step closer to reality.”

How does it work?

The professor says beer is the “ideal model” for industrial ethanol fermentation broths, explaining that ethanol for fuel is fundamentally made during the brewing process.

He continued: “If our technology works with alcoholic drinks – especially beer, which is the best model – then it shows it has the potential to be scaled up to make butanol as a petrol replacement on an industrial scale.”

However, despite the availability of beer, Professor Wass says using it on an industrial scale could get in the way of the production of food crops and is something his team is keen to avoid.

But he remains optimistic there is an alternative, adding: “There are ways to obtain ethanol for fuel from fermentation that produce something that chemically is very much like beer – so beer is an excellent readily available model to test our technology.”

With fuel prices hitting a three year high it’s about time someone came up with a sustainable alternative.