Drivers hit by 18,000 parking fines a day — but new laws could change that… 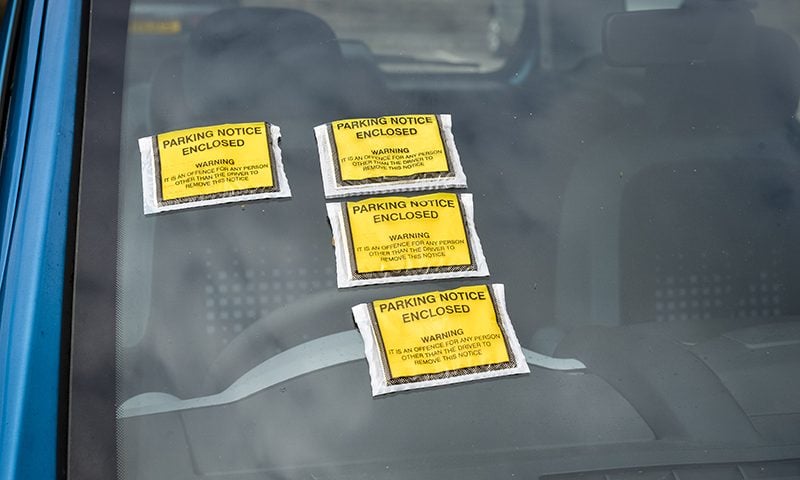 Private parking firms are dishing out private parking fines left, right and centre, so if you’ve landed a ticket recently you definitely weren’t the only one, as figures have revealed that a whopping 18,000 UK motorists get slapped with a charge every single day.

This figure is up from 687,000 a decade ago, and with each request costing firms £2.50, the DVLA is set to make £16 million this year alone from parking firms looking to fine motorists.

But new government legislation currently making its way through parliament could see a shake-up in the private parking system and make it easier for drivers to appeal against unfair fines.

The Parking (Code of Practice) Bill, introduced by Conservative MP Sir Greg Knight, would see an independent appeals service set up that would make it easier for drivers to appeal unfair fines.

The bill would also introduce a new code of practice for private parking firms that would help regulate the industry and make it easier for motorists to understand their rights.

This would include a £100 limit for parking fines and a 10-minute grace period for motorists who return to their vehicles a little later than specified on their ticket.

These measures would cover all parking fines handed out on private car parks across England, Scotland and Wales, but not any local authority-issued Penalty Charge Notices.

Put an end to the broken system

RAC Foundation Director Steve Gooding said that while the parking system should work for both drivers and land owners, the latest figures show that this is definitely not the case.

He said: “It is surely inconceivable that 18,000 drivers a day are knowingly setting out to ignore parking rules and attract penalties of up to £100.

“Frankly we think Sir Greg Knight’s Private Member’s Bill can’t come into law soon enough, bringing the era of self-regulation of private parking to a close with firms having to abide by a code of practice signed off by ministers.”

Having been passed in the House of Commons, the bill will now move to the House of Lords where it will be voted on by members.

For more information on everything you need to know about the latest driving laws, check out the 1ST Central Hub’s Rules of the Road and get yourself clued up.