A guide to the 2017 motor tax changes 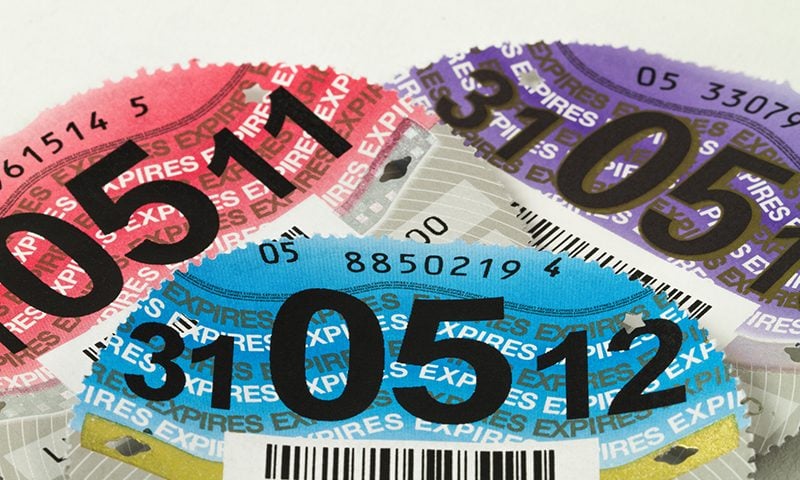 With air pollution top of the agenda across the globe, this year continues to see big changes to how car owners pay their way…

The year 2017 has been deemed by some experts as the most controversial for motoring tax since it was originally imposed way back when. Here’s everything you need to know…

You’ve probably seen the term VED tax banded about recently. This isn’t a new term, and it refers to Vehicle Excise Duty, but you probably know it better as car tax, road tax or, back in the good old days of paper bills and landlines – a tax disc.

Today, you just tax your car online and the VED is the levy you pay to keep your car on Britain’s roads.

If your car’s not on the road – say it’s stored in a garage or broken in pieces in your back garden – then you can complete a Statutory Off Road Notification (SORN).

It’s illegal to drive without VED and if you don’t tax your vehicle, or declare it off-road, you’ll automatically be fined £80.

New VED rules for this year mean the tax for a new car’s first year depends directly on its CO2 emissions and whether it’s run on petrol, diesel or an alternative fuel.

After that, petrol and diesel cars with any more than one gram per kilometre of carbon emissions will pay £140 a year, and alternatively-fuelled vehicles will get £10 off, paying just £130 a year.

Cars registered before 1st April 2017 will continue to pay the old rates of tax according to their CO2 emissions:

It’s been the worst-kept secret that low CO2-emitting motors have been given an easy ride when it comes to tax, and rightly so. The ongoing emissions scandal is a direct result of manufacturers trying to cash in on the marketing benefits of offering greener models.

In 2015, the VW group admitted to cheating emissions tests by fitting a “defeat device” to around 11 million of its vehicles.

The Government has now hit back, and from this year there will be far fewer exemptions when it comes to VED.

Low CO2-emitting engines and hybrids will no longer reap the benefits of free or reduced tax and instead only those with zero emissions will get a tax break. And even that isn’t quite as clear cut as you may hope.

Electric vehicles will remain exempt, but only if the car’s final list price comes to less than £40,000.

Remember, even if you’re exempt from paying VED, you still need to apply for it online.

New tax for vehicles over £40k

If your car passes this list price threshold then you’ll have to pay £310 on top of your yearly rate of tax.

This is payable for five years from its second year, meaning if you own a Mercedes CLS Coupe 220D 2017, the VED you pay will look something like this:

Even if you’ve been born with gift of the gab and can talk the dealer into a hefty discount, the tax will still be based on the final list price and will include any modifications, number plates, delivery and fuel. Although it won’t include the new car registration fee.

Bear in mind, that if you opt for a modification costing a couple of hundred pounds, this could take you over the £40,000 threshold and actually cost you an extra £1,550 in additional tax.

From 23rd October this year, most cars registered before 2006 will be slapped with a £10 fee on top of the current congestion charge. This means these cars will have to pay £21.50 instead of the current daily rate of £11.50.

The charge is aimed at increasing life expectancy in the capital and reducing the number of pollution-related illnesses and deaths of Londoners.

London’s plight to reduce air pollution won’t be stopping at the T-Charge.

The world’s first Ultra Low Emissions Zone (Ulez) has been proposed by London Mayor, Sadiq Khan, to be introduced from April 2019. It’s aimed at further reducing toxic air levels and will see this daily T-charge rise to £12.50.

The Ulez threshold will cover the same area as the current congestion zone and include most cars registered before 2015 – specifically any vehicle that doesn’t pass the Euro 4 emission limit or any diesel vehicle below the Euro 6 level.

Thinking of trading in your diesel for something a bit greener? Here are the top diesel scrappage schemes so far.