Bizarre driving incidents from around the world 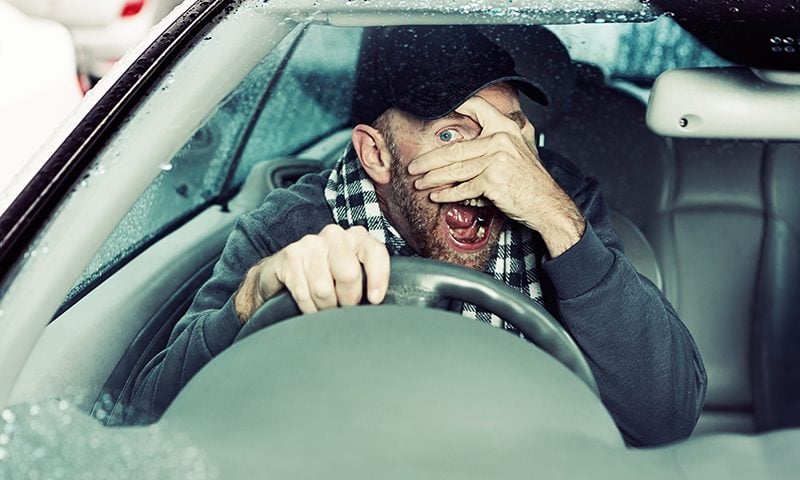 Sit back and prepare to feel a little better about your own driving ability as we have a look at some of the best ‘how did they manage that?’ stories from around the motoring world…

How far would you go to get a slice of pizza? Desperate enough to order one with your car wedged firmly in the restaurant entrance?

After accidentally getting his foot stuck on the accelerator pedal of his car, an elderly gentleman in Nebraska, USA, drove his vehicle headlong into the front of a pizza restaurant.

Despite the alarm of the people around him who had their meal rudely interrupted, the man promptly ordered a pizza while waiting for the police to arrive.

It definitely takes stress eating to a new level!

Austria: Once, twice, 42 times a speeder

How many times do you have to make the same mistake before you learn? Once? Twice? Maybe three times?

Well, for one motorist, it seems 42 is the magic number.

The motorist, who was allowed to keep his licence, admitted not noticing the new speed camera that had been set up on his way home from work.

Germany: Quick off the mark

Sebastian Vettel might be the quickest German driver around, but one teenager from Dortmund has managed a new record, by having his licence revoked just 49 minutes after passing his test!

Celebrating his newfound freedom, the 18-year-old collected his friends and decided to race 60mph in a 30mph zone.

He was caught and had his licence withdrawn while he underwent retraining and paid a €200 fine.

Even if you’re not legally able to drive, you can still fall foul of the law.

Despite being too young to legally drive, a 15 year-old boy from North East England was given six points on his yet-to-be-granted licence for speeding on an electric scooter.

An old local law, put in place around 200 years ago, says that electric scooters are illegal to ride in the UK anywhere but on private or approved land.

Who knew crashing your car could be a lifesaver?

Well, for one lucky motorist who was choking on a piece of apple in Pennsylvania, driving into a concrete barrier actually saved his life.

The driver blacked out from lack of oxygen and drove his tractor-trailer into the solid barrier. The impact from the steering wheel on his chest was just enough to force the apple piece out of his windpipe.

If he hadn’t have crashed in exactly the right way, who knows if he’d have survived.

Is it a bird? Is it a plane? Or is it a Skoda Octavia?

A 23-year-old driver in Limbach-Oberfrohna, Germany, managed to launch his car from the road and send it flying into a local church building.

The car became firmly lodged in the church roof, an impressive 25 feet above the road.

Police believe the driver had been racing through the streets before losing control of the vehicle and accidentally using an embankment as a ramp.

Don’t want to end up in a situation like some of these people did? Don’t worry, on the 1ST Central Hub we’ve got heaps to keep you and your loved ones safe on the road, with all the latest on motoring laws, road safety and loads more. 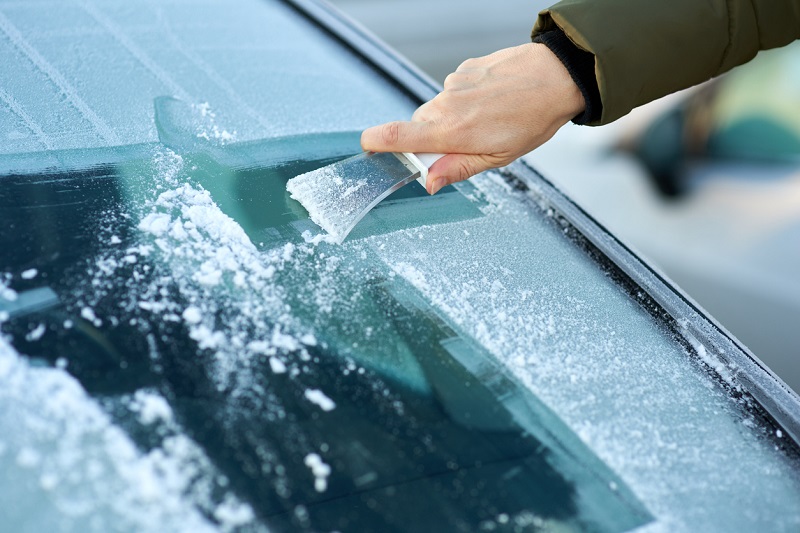 Third of drivers risk driving without fully de-icing their cars

Revealed: the most common motoring offences committed by young drivers