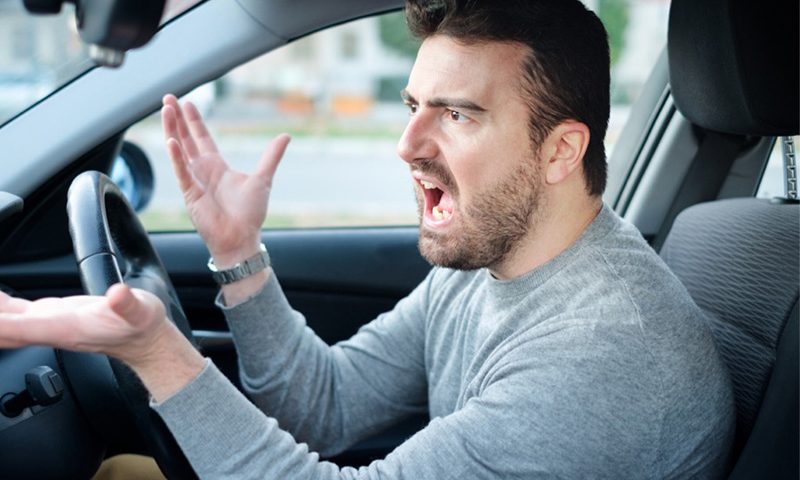 Do you lose your temper behind the wheel? Well it might just pay to keep that anger in check. Casual road rage isn’t just a bad habit, in some cases it might actually be a criminal offence…

Drivers are being warned that even the smallest acts of road rage could lead to severe penalties, with some offences costing up to £1,000.

Making rude hand gestures to other drivers could be classed as disorderly conduct if seen by the police, landing you with a substantial fine.

Under the Crime and Disorder Act 1998, acts such as sticking a middle finger up at another motorist could result in financial penalties up to three-quarters of a person’s weekly salary.

Drivers making rude hand gestures could also be fined for ‘not being in full control of a vehicle’ if their hands leave the wheel. This offence could lead to a maximum £1,000 fine and three penalty points if caught.

Jack Cousens, Head of Roads Policy for the AA, said: “A small minority of drivers think that being sat in their car exempts them from an offence like this.

“However, this kind of anti-social behaviour can land you in hot water and take you on an expensive trip to the courts.”

Many drivers are not aware that blasting your car horn out of frustration can also lead to fines. According to the Highway Code, drivers should only use theirs horns to warn other road users of their presence.

The standard penalty for using your horn inappropriately is £30. However, this could increase up to £1,000 if challenged.

“Road users have a duty of care to each other, so keeping your cool and remaining focused is important,” Mr Cousins advised. “Your hands should remain on the wheel and your eyes on the road.”

Here are some other lesser-known driving laws you could be breaking every day.

Councils in England and Wales given new powers to fine drivers