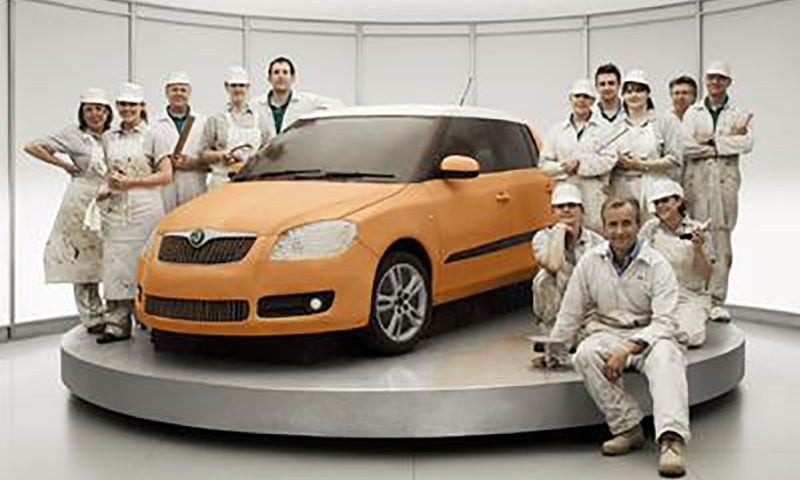 The main feat of advertising is to create something so gripping and memorable, it stays in your mind for decades. Here’s a round-up of car commercials that do just that…

There’s something cathartic about watching a chain reaction, akin to falling dominoes and Honda’s “Cog” advert is a mesmerising feat of iconic advertising.

Showing car parts falling into place as they lead up to the big reveal of the (then) new Accord, the strapline is, “isn’t it nice, when things just work?” It really is.

The film industry’s inclination to cast Brits as villains is the theme of the star-studded Jaguar advert that aired at the 2014 Superbowl, and Ben Kingsley, Tom Hiddleston and Mark Strong play into their baddie roles perfectly.

Despite being met with a lukewarm reception, the advert got everybody talking, which in the advertising game is a touchdown.

Grace Jones has one of the most stunningly memorable faces of all time, and Citroen made light work of cashing in on her iconic status in its 1985 advert to promote the CX.

Emerging from a huge sculpture of her head, Grace Jones hits the desert sand at speed before singing into the camera and then disappearing back into her own mouth. Weird? Yes. Memorable? Absolutely!

Bentleys, Aston Martins, Rolls Royce – James Bond is the very essence of cool cars, but you rarely saw him in a hatchback. That is until the release of a 1986 Peugeot advert.

Channeling its inner 007 in this spy-chase feature, you’ll be gripped by the well-dressed gentleman in a 205 GTi dropping from a parachute, escaping explosive-dropping jets and navigating snow-capped mountains to make it to a sophisticated lady friend waiting patiently in a swanky Alpine home. While the sexiness of the 205 is a little amiss, its handling prowess is a good point well made.