Cars to be banned from school roads 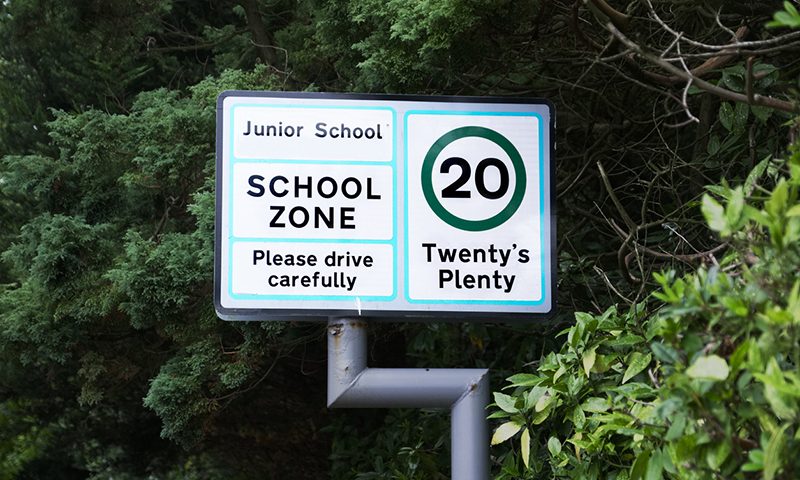 If you’ve got kids, you’ll know there are few places more hectic than the road outside the school gates at the start and end of each day.

Hundreds of children walking into school and a seemingly never-ending stream of parents dropping their little ones off can create a congested – and polluted – atmosphere.

Now, environmentalists in Portsmouth are calling on local authorities to tackle this issue by creating “School Streets” — and banning cars from driving down roads around schools.

Latest stats show 16 areas of the port city currently have readings that are above the ‘safe’ level of dangerous nitrous dioxide (NO2) – an increase of four since 2017.

And the worrying levels of pollution have led to growing calls for Portsmouth to follow the lead of other cities like Leeds, Birmingham and nearby Southampton and introduce Clean Air Zones.

Portsmouth Friends of the Earth are urging councillors to implement School Streets to help tackle air pollution around schools.

The move would see motorists banned from dropping off and picking up schoolchildren in certain areas around school starting and finishing time.

Similar schemes have already been introduced at schools across the country, with local authorities in Edinburgh and London operating permanent “School Streets.”

Speaking to The Metro, Friends of the Earth Group Co-Ordinator Rachel Hudson said the focus should be on creating safe and pleasant streets for people to use.

She said: “If they have them [safe streets] they [parents and children] are more likely to walk, cycle and use their cars less.

“Some of our B roads in Portsmouth are so busy, so noisy and so dangerous – they’re not attractive to pedestrians. And cars are one of the biggest contributors to NO2 and CO2 levels.”Despite being supportive of the move, Headteacher of Fernhurst Junior School, Roberta Kirby, worried how local residents would react to their road being closed.

She said: “My initial reaction is that I would be in favour of this, although I do think someone needs to properly consider how it will work. You can’t just say, ‘Let’s close the road.’”

Interested in doing your bit for climate change but aren’t sure where to start? We’ve pulled together 5 top tips to become a green driver, take a look.