Young drivers writing off their cars in their own street 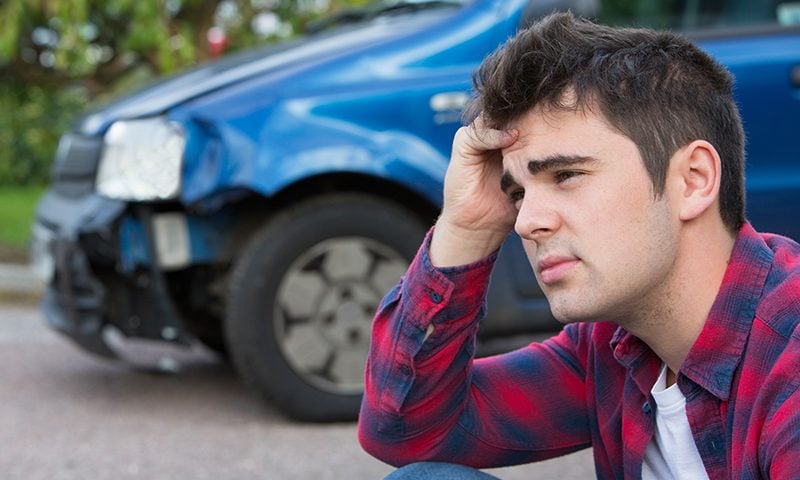 It may come as no surprise to you, but according to a recent study young drivers were involved in the most write-offs on British roads last year, with staggering 44% of them happening on their own street.

The study, carried out by website Scrap Car Comparision, looked at the details behind the massive 384,000 motors that were written off by British drivers last year.

Drivers switching off on familiar roads

The figures are likely because drivers tend to switch off on familiar streets, like those close to home, meaning they aren’t paying as much attention to the road.

This is particularly common for young, inexperienced motorists who are far more likely to pay less attention to the road if they feel relaxed when behind the wheel.

Young drivers are the age-group where write-offs are most common, with drivers aged 18-34 twice as likely to wreck their car than those aged 55 and over.

The study shows that young male drivers were the most prone to write-off their cars, with those under the age of 25 almost twice as likely to destroy their motor than any other age group, with around one in 40 young male drivers damaged their vehicle beyond repair in 2017.

Every 90 seconds a car is written off on British roads

Figures showed that male drivers accounted for more write-offs last year, with men involved in 57% of accidents compared to women being in 43%.

A spokesperson for the website said: “Young drivers’ inexperience means they have less ability to judge hazard situations, and their young age means they are particularly likely to take on a potentially risky situation.

“Crash risk statistically reduces over time with age and experience.