74% of young motorists admit to being distracted by their mobiles 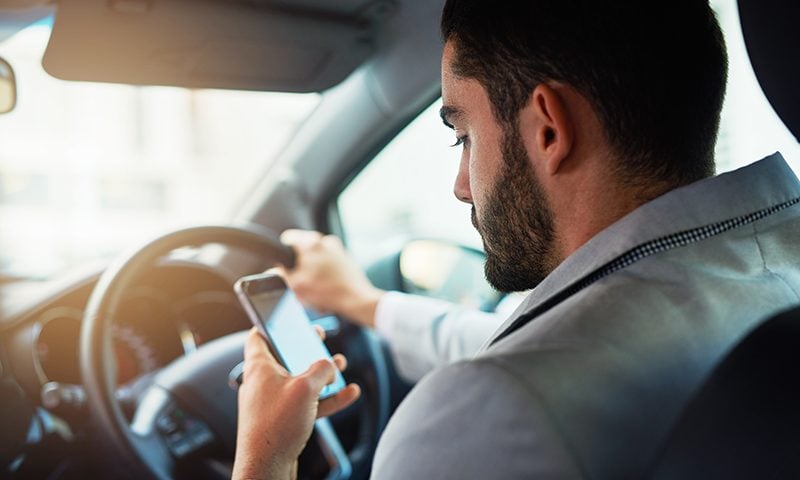 Talkative passengers, noisy kids and worsening congestion make it difficult to stay focused while driving. But the ping or ring of a mobile phone is the worst distraction of them all, according to a study…

Research by used car supermarket, The Car People, finds that almost three in four young motorists (74%) become side-tracked from the task of driving by calls, texts, directions and music.

The study involved a survey of 1,500 people and a distracted driving simulation putting response times to the test.

Of all the groups, 25 to 34-year-olds are the most preoccupied by their phones when getting behind the wheel.

“A driver who has been distracted will be slower to anticipate and react to hazards on the road, and that delay can prove fatal,” said Ryan Robbins, Senior Human Factors Researcher at TRL, who conducted the driving simulation.

He continued: “Most of us drastically overestimate how well we can drive, even when we are concentrating fully, and the evidence is clear that when we are distracted our driving is considerably worse.”

The young are a high-risk group for distracted driving

The most common distractions among young people aged 25 to 34 include taking phone calls (40%), using their phone for directions (38%), changing music (23%) and sending text messages (18%).

Shockingly, 12% of this group say they get distracted by taking photos and 8% taking selfies.

Worryingly, these distractions have led to 8% of 25-34-year olds admitting to crashing their vehicle, 15% experiencing a near-miss, 10% jumping a red light and 22% being beeped at by other road users.

To hammer home the issue, The Car People have put two motorists aged 25-34 to the test. Using a car simulator, the researchers want to demonstrate just how dangerous using a phone behind the wheel can be, and how easy it can be to miss common, everyday hazards…

Mr Robbins added: “It is difficult to do two things at once well, but when one of those things is driving it is virtually impossible. Driving is a demanding task that can suddenly require all of a driver’s attention when a hazard arises.”

Changes introduced in 2017 see stricter penalties for those flouting the law, including six penalty points and a £200 fine, up from three points and £100.

However, despite these tougher sanctions, the lure of a mobile phone is too much to resist for the general population.

Applying the survey’s findings to the wider population, the research finds that getting a call is the worst distraction of all when behind the wheel, affecting almost a third (31%) of drivers.

Meanwhile, over one in five motorists (21%) say receiving a new message notification will most commonly divert their attention, closely followed by using a phone for directions (20%).

Want to avoid getting a fine or points on your licence? Here’s a helpful guide to the 2018 motoring law changes.