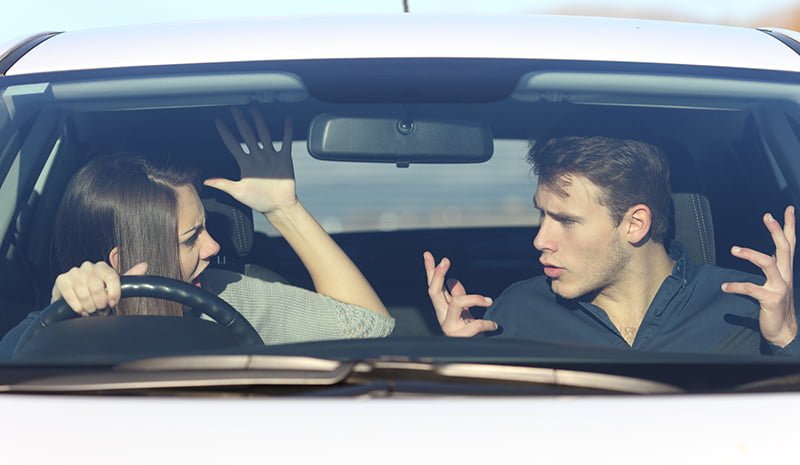 What’s the most annoying thing your partner does behind the wheel? Maybe they always tune into a radio station that you don’t like? Or perhaps they insist on arguing with the sat-nav?

For one in five (20%) UK motorists, their other half’s most annoying driving habit is that they drive dangerously, according to a new survey.

The research, by Budget Insurance, found that while men get angry over their partners’ speed on the roads, women are most concerned by their significant other’s erratic driving.

The study found that almost three in 10 (27%) women complain that their partners suffer from road rage, while 16% felt they braked too late.

For men, one in five (20%) think their significant other drives in the wrong gear, drives too slowly, or fails to overtake other cars.

And while 68% of drivers say they keep quiet when their spouse makes a mistake on the roads, four in 10 (40%) admit to shouting at their partner while they’re driving.

More worryingly for safety campaigners, 13% even confess to grabbing the wheel while their partner is driving to try and avoid a crash or bump.

Anna McEntee, Director at Budget Insurance, said that whatever we find annoying about our partners driving, safety has to be paramount.

“Arguing about the way someone drives or shouting at them for taking a wrong turn is counterproductive, as it could be a distraction for the person behind the wheel,” she says.

“If you’re driving somewhere unfamiliar, check and plan your route beforehand to avoid getting lost, being late and triggering an argument with your other half.”

Whilst we’re on the topic of chatting about our partners driving, would you admit to damaging your partners car? You’re not alone if you wouldn’t.