Weirdest driving laws from around the world 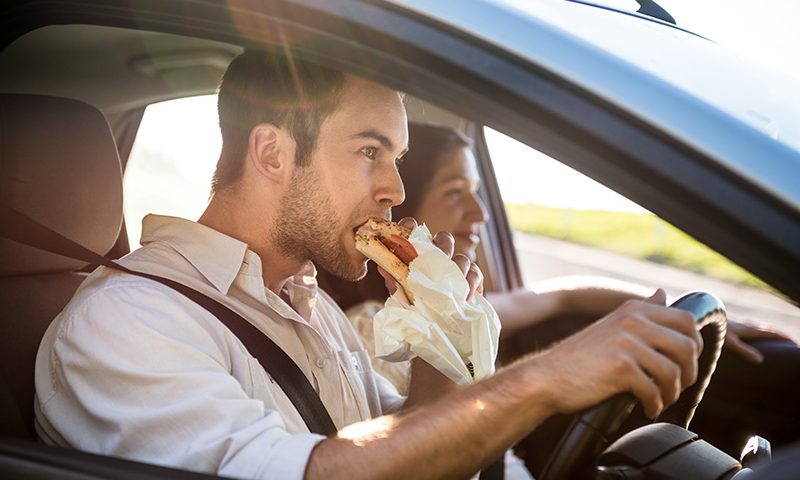 Ever wanted to travel with a gorilla in Massachusetts, or drive shirtless in Thailand? Well, you’d better read up on your driving laws first.

It always pays to check the local driving laws before you take to a foreign road. But while you might hope that common sense would help keep you on the right side of the law, some countries have rules that are, let’s say, more bizarre than others.

Discover some of the weird, non-sensical and just downright ridiculous driving laws from around the world. You might even save yourself a fine…

It pays to be careful crossing roads in China ­– the law isn’t kind to pedestrians. Driving laws in the City of Beijing make it illegal for any motorised vehicle to stop for pedestrians.

While China may not be so kind to its pedestrians, elsewhere in Asia, splashing a pedestrian as you drive through a puddle could land you a fine of around £52.

You’ll need to pay attention to your licence plate in the Philippines. In an effort to cut down on traffic, it’s now illegal to drive in Manila on Mondays if your number plate ends in a 1 or 2. The same goes for 3 and 4 on Tuesdays and so on until the weekend…

No matter how hot it is, keep your shirt on while driving through Thailand. For both men and women, driving shirtless could cost you a few hundred baht (about £8) each time you’re spotted.

Award for the most worrying driving law has to go to Alabama, where, surprisingly, it’s illegal to drive while blindfolded…

There’s no running late for the school-run in California – at least not if you’re female. The state of California rules it illegal for women to drive wearing a dressing gown.

And if Californian drivers didn’t have it hard enough, car owners in San Francisco have it even tougher, with harsh penalties issued if found buffing your car with a set of used underwear…

As part of an old set of laws banning ‘immoral behaviour’ on Sundays, motorists in Denver could face penalties for driving a black car on the sabbath.

While not advised, it is actually completely legal to drink alcohol while driving in Costa Rica. That said, being obviously intoxicated will still incur fines.

Make sure you carry change if you’re taking an elephant out in Florida. Parking charges still apply if you leave it tied up to a meter!

If you’re planning a road trip to Massachusetts, it might be worth leaving the gorilla at home. Under federal law, the transportation of any non-human primate is strictly forbidden.

A strange one from Minnesota, where it is illegal to cross state lines (walking or driving) if you happen to have a duck on your head.

Eat before you leave when driving in Cyprus. Consuming anything while behind the wheel of a car is prohibited. Yes, that even goes for water.

They’re very safety conscious in Denmark, especially where children are concerned. By law you must check under your car before starting the engine, just in case the local kids are playing hide and seek…!

You might think you know UK driving laws well enough, but did you know it’s illegal to hail a taxi if you have the plague? This law actually applies to any contagious disease and dates back to 1984.

There are some conflicting rules about cleanliness in Russia. While it’s illegal to wash your car anywhere other than your own driveway or an authorised carwash, you could also be fined if a police officer considers your motor to be dirty…

Drivers in Spain are prohibited from wearing certain footwear –  including flip-flops, high-heels, back shoes and open-fronted shoes – as well as driving barefoot. While not the most illogical, this law could easily catch you out on holiday…

All three of these European countries have a very specific rule targeting drivers with glasses. By law, as well packing the usual breakdown kits, glasses-wearing drivers or those with contact lenses must carry a spare pair at all time.

Don’t leave washing your car to the last minute. In Switzerland it’s actually illegal to wash your car on a Sunday, so it might be worth getting a taxi to that Monday meeting…

No matter where your travels take you, it’s important to invest in the right cover while driving abroad. 1ST CENTRAL driving insurance covers you for 90 days of driving in any EU country including Croatia, Norway, Switzerland, Liechtenstein and Andorra. Get your free quote today.