Motorbike collides with car at a junction — but who’s in the wrong? 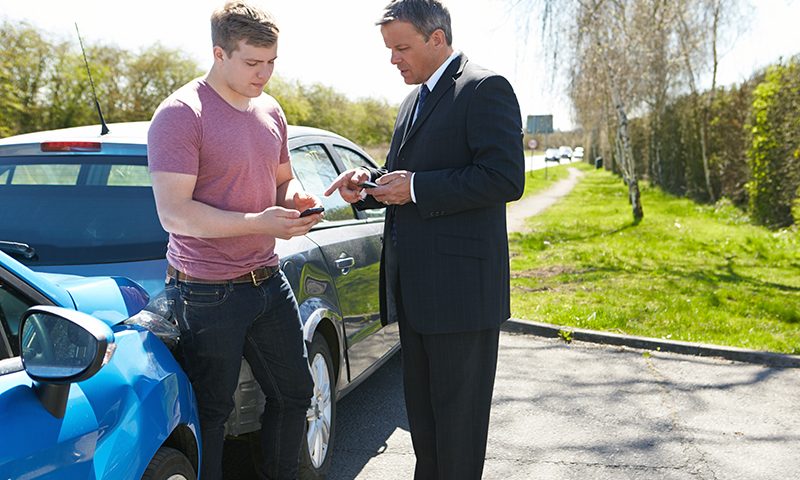 Think you’re a good driver? See yourself as a motoring mastermind when it comes to working out who’s in the right on the roads?

Well, dashcam footage of a collision between a motorbike and a car in south London – in which thankfully no one was badly hurt – has left motorists divided on who’s to blame for the incident.

Viewers on social media are split between whether it’s the fault of the car driver turning right for crossing the bike’s path, or the biker’s fault for riding through the junction at high speed.

Some are even blaming the driver who slowed down to let the car turn right against its right of way — but who do you think is in the wrong here?

As you can see in the clip, the Toyota Prius slows down to allow a Vauxhall Corsa coming from the other direction to turn right at a junction despite the traffic light still being green.

A motorbike then appears in the left-hand lane, travelling straight on across the junction, passing the Prius and slamming straight into the side of the Corsa as it crosses its path.

But despite how painful the collision looks, according to the Facebook user who uploaded the original video thankfully no-one was hurt in the Stockwell collision and the motorcyclist walked away.

A spokesperson for IAM RoadSmart told Deadline News that in this situation, blame is probably shared between all three road users: the Corsa driver, the Prius driver and the motorcyclist.

“As ever the blame is shared between the rider and the driver. The rider is going too fast and should have identified the hazard that might happen ahead of them at a junction,” they said.

“The driver turning right should also have exercised more care that a vehicle of some sort might emerge from the cycle lane.

“Good urban driving is all about observation and anticipation. Things don’t happen suddenly if you use those key skills.”