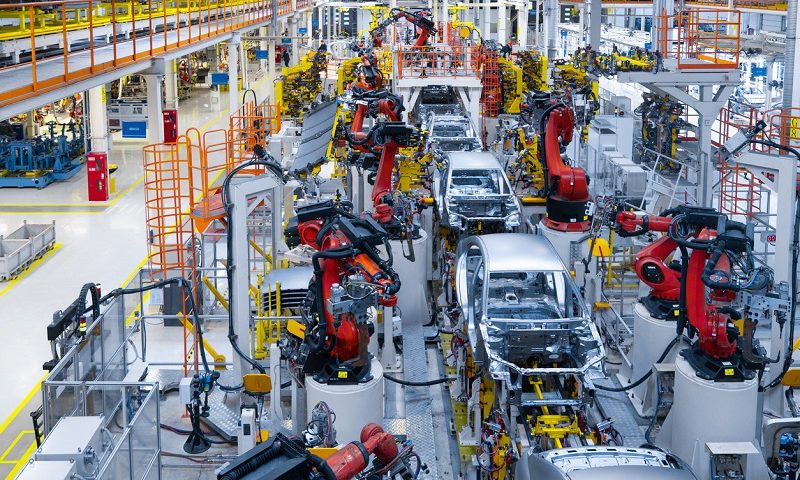 The UK car manufacturing industry is back in business.

But while rates of vehicle production are enjoying a steady rise as restrictions ease, a motoring body warns its recovery could be disrupted by a global semiconductor shortage.

Car production welcomed its first increase in 18 months in March, up by almost half (46.6%) compared with the same month in 2020.

According to figures from the Society of Motor Manufacturers and Traders (SMMT) a total of 115,498 cars were produced across the month. Despite this though, figures remain well below the five-year March average, down 22.8%.

Mike Hawes, SMMT chief executive, said: “The first rise for UK car production since summer 2019 is a major step in the right direction but belies the underlying situation. With factories shut for much of March 2020, output was always going to be up, but it remains below average, with some £11bn worth of production lost over the past year.

“Whilst the Covid situation is improving in the UK and in some major export markets, manufacturers are still struggling to manage residual issues, most notably the global semiconductor shortage.”

This week Jaguar Land Rover had to halt production at its Halewood and Castle Bromwich factories as it deals with the semiconductor shortage. And it’s not just the UK that’s dealing with this situation.

Chips like these are found in most modern technology, including your laptops, video games consoles and televisions.

The semiconductor shortage is being driven by both trade tensions between the US and China, and general lack of supply due to the pandemic, according to PIMCO’s Geraldine Sundstrom, managing director of the global investment management firm.

Demand for car chips has dropped during the pandemic, while orders for electronics goods has increased, and the current shortage is said to be a notable cause for concern amongst car manufacturers.

If you’ve bought a new car, find out how you can update your car insurance policy with 1st CENTRAL.

Driving licences to go digital by 2024