Bad behaviour behind the wheel revealed 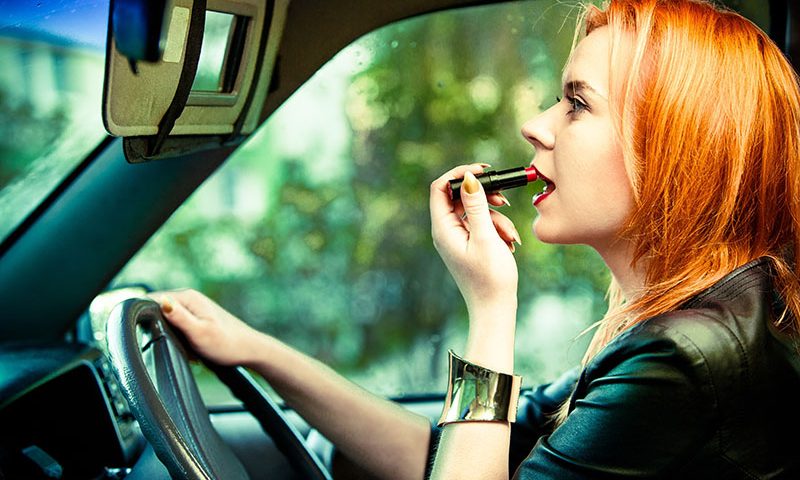 As you probably know, the penalties for using your mobile phone behind the wheel changed at the start of March. If you’re caught using your phone, you’ll receive a £200 fine and six points, enough for a new driver to lose their licence.

IAM RoadSmart, the UK’s leading road safety charity, teamed up with Auto Express to see if drivers commuting in London are being distracted by more than just their mobiles.

The results are… surprising.

Top three distractions
The teams set up in two different locations in London and observed drivers to check if any weren’t giving the road their full attention, over the course of the day.

Between the two locations, they spotted 66 different traffic violations. Of these 66, there were three repeat distractions more common than most.

In 3rd place, 10 drivers were spotted eating and drinking while driving. In 2nd place, with 12 drivers caught, was driving while wearing headphones. And, perhaps unsurprisingly, mobile phone use took 1st place, with 22 instances of drivers using their phones.

According to Auto Express, out of those 22 mobile phone cases, “most appeared to be either sending a text or using an app”.

Hopefully the text they were sending simply said “I won’t be doing this again”.

Less-common distractions
Not all of the distractions were as common as mobile phone use, or grabbing a bite to eat. Some were a bit more baffling.

Out of the 66 drivers caught, two were spotted applying make-up while driving. But, top of the ‘surely not’ list has to be a taxi driver caught reading a book behind the wheel.

It’s important to note that driving while distracted is dangerous for every car on the road, as highlighted by Sarah Sillars, Chief Executive Officer at IAM RoadSmart.

She said: “We really need drivers to acknowledge that the use of smartphones can cause serious accidents and is just as socially unacceptable as drink-driving. No phone call is important enough to put other people’s lives in danger.”

So, ignore the phone, try and do your make-up at home and leave the book behind… especially if you’re a taxi driver!

Let us know the worst things you’ve witnessed people doing behind the wheel.