Driver let off for using phone could trigger law change 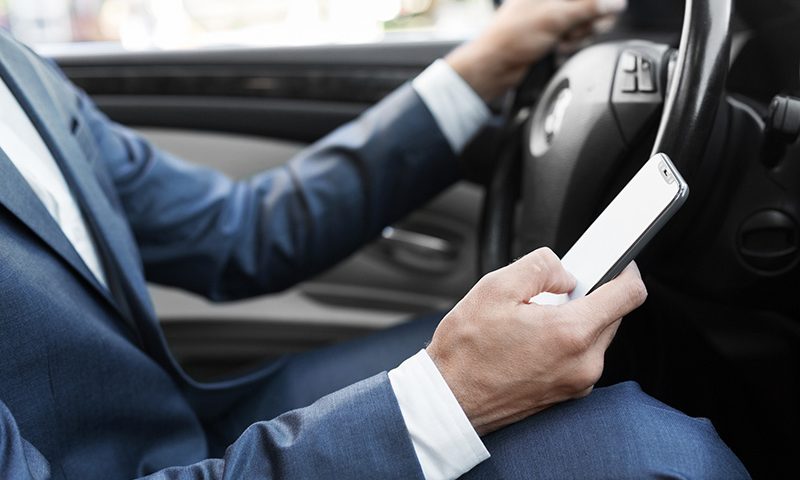 A driver found guilty of using his mobile phone to video an accident has had his conviction overturned in a controversial court case.

The High Court’s decision was taken after lawyers pointed out the current wording of the law doesn’t find drivers guilty for using their phones to film, take pictures or even choose music.

It’s a decision that could see thousands of similar cases overturned, as authorities call for the law to be changed as a matter of urgency.

Ramsey Barreto was convicted of using a handheld phone to film an accident while driving in North London. However, his conviction has now been lifted after lawyers argued a loophole in the law.

Under current legislation, UK drivers are forbidden from holding a hand-held device if that device is used for interactive communication. This includes making and receiving calls, texting and all forms of instant messaging.

But as Mr Barreto’s solicitor argued, the law does not state that mobile devices cannot be used for other interactive means: “This is not a loophole argument. This is simply the correct application and understanding of the law as it currently stands.”

Is the law out of date?

The Barretto case has sparked questions about whether the law on mobile phones, last updated in 2003, needs to be revisited.

A spokesman at Get Licensed Driving School said: “When it comes to road safety, we simply can’t allow for any uncertainty to exist. I’d urge lawmakers to revisit and tighten the legislation as a matter of urgency.”

After her ruling, Lady Justice Thirlwall warned, “It should not be thought that [this decision] is a green light for people to make films as they drive.”

“Driving while filming events or taking photographs whether with a separate camera or with the camera on a phone, may be cogent evidence of careless driving, and possibly of dangerous driving.

“It is criminal conduct which may be prosecuted and on conviction may result in the imposition of penalties significantly more serious than those which flow from breach of the regulations. The same applies to any other use of the phone while driving.”

Despite increases in penalties, in 2018 the Department for Transport reported an increase in the number of drivers killed while using mobile phones on the road.

Being caught using a mobile phone while driving currently carries a penalty of six points and a £200 fine. Read more about mobile phone driving laws here.