Your guide to the best things to do in Newcastle 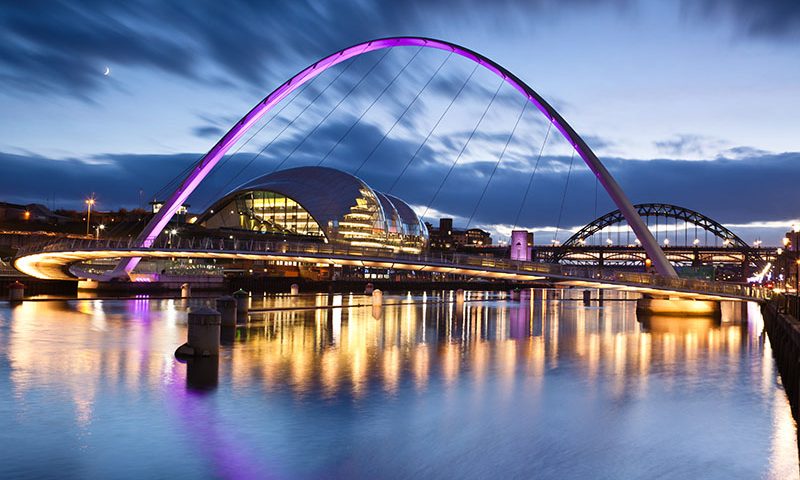 Newcastle is the perfect northern destination for a weekend city break. It’s compact. There’s great local food, the drinking scene is unrivalled and the Geordies themselves are pretty nice too.

Whether you’re after top-notch shopping, bright lights or the roaring fun of the toon, Newcastle is fast becoming one of Europe’s most cultural hubs.

Whilst having so much to offer, Newcastle is actually a rather affordable city break destination in Great Britain, especially when you compare it to its southern competition, which just adds to why it’s such a great city to visit.

Newcastle is a vibrant and exciting city that’ll unleash anyone’s inner party animal. But if you want to keep the party animal in you at bay, don’t worry, there are plenty of places that’ll suit your needs. From cutting-edge design, chic bedrooms, contemporary spas and sweeping views of the Tyne, to the quiet comfort and affordable basics, Newcastle has it all.

For those of you who are looking for a nice and luxurious stay, then look no further than The Vermont Hotel or if you’re after somewhere a little bit modern, the Malmaison is an obvious shout.

If you’re heading to Newcastle to party and there’s a big group of you then it might be worth looking at getting a big apartment or house on Airbnb. There are some great places available all over the city, from small one-bedroom apartments to sprawling countryside retreats.

Visit The Biscuit Factory – who doesn’t love a biscuit? Well, unfortunately, the only biscuits you’ll be seeing at the Biscuit Factory are the ones in the gift shop, as it’s not a biscuit factory at all, it’s actually a rather wonderful independent art gallery that’s been built in a former Victorian biscuit manufacturing warehouse. Don’t let that sway you though as this is a gallery that you can’t afford to miss out on, especially if you’re a fan of food as The Factory Kitchen has a stellar brunch menu that will leave you feeling satisfyingly stuffed.

Check out the BALTIC Centre for Contemporary Art – this old flour mill has been turned into a very cool contemporary art gallery that’ll leave you amazed. Often described as one of the cultural jewels in the Quayside’s crown, the BALTIC is the largest contemporary art institution of its kind in the world. With an ever-changing calendar of exhibitions and activities created by a number of the world’s most popular figures in art, design and architecture, for those interested in the arts, the BALTIC should be the first stop on your visit to Newcastle.

Head to the Angel of the North – for many, the Angel of the North is synonymous with Newcastle and has become an awe-inspiring symbol of the north-east pride and culture. The Angel, by Sir Anthony Gormley, stands on the top of the hill in Birtley overlooking the scenic Gateshead skyline, giving you plenty of opportunity for some amazing photos, as well as being a perfect picnic destination.

Go for a stroll along the River Tyne – Newcastle is separated from Gateshead by the River Tyne but is connected by seven beautiful bridges. While the Gateshead Millennium Bridge is the most modern and possibly even the most famous, they all have an individual beauty. Take a stroll down to Quayside along the river and see if you can spot all seven. If you’re down Quayside on a Sunday make sure you check out the market between the Swing Bridge and the Gateshead Millennium Bridge.

Tour the Newcastle Castle – one of Newcastle’s most historic buildings, the Castle Keep was originally built as a royal residence and defensive stronghold, but later went on to house a rather grim prison, which makes up a large part of its gruesome history.

Catch a theatre show – you can’t beat a night at the theatre in Newcastle. The city boasts some fantastic venues for shows, but none have as much history and beauty as the Theatre Royal. This beautiful Georgian building on Grey Street is one of only nine Grade 1 listed theatre halls in the country and is often regarded as one of the finest theatres in England, and with over 300 shows each year, you’d be hard pressed for there not to be a show when you’re in town.

Watch a gig at Sage Gateshead – one thing’s for certain when you visit Newcastle, these Geordies love their music. The Sage has been named as one of the top five concert halls on the planet and it’s no wonder why when you see this unique building that dominates the Gateshead skyline. Make sure you check out who’s performing at the Sage when you’re in town as it has had some huge names perform on its stage.

Party Geordie style – made famous by MTV’s Geordie Shore, Newcastle is universally regarded as the clubbing capital of the north-east, and rightly so! You’ll have no trouble finding just the right spot to fit your mood among the myriad of clubs that have well and truly earned their place on the scene. From pubs and bars to full-on clubs, the drinking scene in the city caters for everyone.

LOL at a comedy night – if comedy is more your thing, The Stand Newcastle is sure to give you a night of fun and laughter. Attracting some of the biggest and best names in comedy, as well as giving the stage to up-and-coming local acts, there’s something for everyone at The Strand.

Go crazy at Lane 7 – if you’re looking for a fun spot to head to of an evening, where you can stay sober as a judge, have a couple, or get full-on ‘mortal’, then look no further than Lane 7. From bowling to mini golf, ping pong to the more adult, beer pong, there’s loads to do. And if you’re wanting to have a laugh and test your vocal cords, they even have karaoke too!

Mog on the Tyne or the Dog and the Scone – cat and dog cafes: If you’re an animal lover then these two cafes situated right next to each other are somewhere you have to visit! Not only do they serve up some tasty treats and ‘pawfect’ beverages that’ll leave you ‘feline good’, but you’ll be joined by everyone’s favourite furry animals – win-win right? Just remember to book in advance, as it seems everyone wants to check out these great cafes.

House of Tides – this 16th-century merchant’s house is Newcastle’s most celebrated restraint. Whilst a table at this Michelin-starred restaurant will set you back a bit, it’ll be worth it. Set in the historic Quayside, this family-run restaurant serves up fine dining with an emphasis on natural, seasonal and sustainable food in an informal and casual setting.

Dobson & Parnell – a bustling, smart and reliable restaurant on Newcastle’s vibrant Quayside, Dobson & Parnell serves up ethically-sourced local seasonal produce from nearby farms and markets in mouth-watering dishes while you dine in an elegant dining room that’s filled with touches of Victorian glamour and comfort.

Lola Jeans – whilst it might not sound like a restaurant, we can assure you, the experience you’ll have here will be difficult to top. Set in a finely restored derelict building, this restaurant brings elegance to rustic creating a beautiful setting that’s only matched by the dishes the team cooks up. Focusing on food for any social situation, Lola Jeans delivers comfort food like no one else, and what’s more, the cocktail menu here is enough to warrant a good few hours alone of making your way down the list.

The Fat Hippo – you might not look like a hippo when you arrive but you’ll definitely feel like one after. If you have a burger obsession or just fancy something downright dirty and finger-lickin’ good, then look no further…The Fat Hippo is the perfect place to satisfy your hunger needs.

So, there you have it…all the best things to do when you visit Newcastle in one place! We hope you’ll have a fun-filled stay whilst you’re visiting. Enjoy!