Winter driving: Are you prepared? 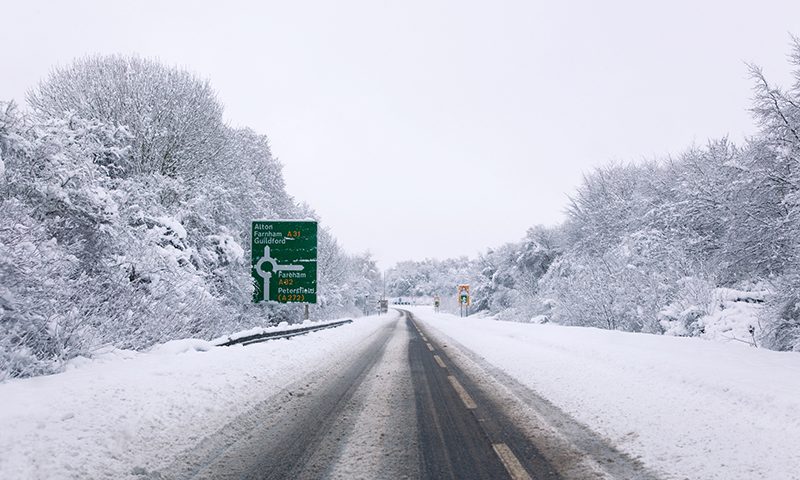 Be honest – how well do you think we here in the UK handle winter weather on the roads?

Well if you’re anything like the vast majority of drivers, you’re not exactly brimming with confidence.

In fact, fewer than one in five motorists believe the country is ever well prepared for winter weather, according to a new survey from car repair and maintenance firm Holts and Prestone.

Expected chaos on the roads

It shows that over a third of the 2,000 drivers polled (37%) think chaos on the roads is ‘inevitable’ as soon as the mercury plunges.

But despite many admitting to failing to prepare properly for the winter months, most drivers still blame inexperienced or reckless road users for the problems.

The highways authorities too, must bear their portion of blame according to the poll – which also pointed to a concerning lack of driver knowledge about winter driving.

Almost two-thirds admit to not knowing how to drive safely in tricky conditions – like ice, snow and severe winds – and underestimating potential dangers on the road.

In fact, only just over a third (35%) say they know how to drive safely in winter weather, with 36% saying they fully prepare their vehicles and take all necessary precautions on the road.

Neil Greig, Director of Policy and Research at IAM RoadSmart, said: “Planning is one of the three core skills of advanced driving (the other two are observation and anticipation) so it’s very worrying to see so many drivers unprepared and over-complacent about winter weather.”

In total, a worrying 36% of drivers say they always adapt their driving behaviour to suit the conditions – with an alarming quarter admitting they never change the way they drive.

In wet weather, stopping distances double – but in snow and ice they can increase by up to 10 times. Fewer than half of the respondents to the Holts and Prestone survey say they allow for this.

And despite a huge 59% admitting they have either lost control or crashed a vehicle in volatile winter weather, under a third (32%) know how to control a skid.
Furthermore, only 36% know how to drive uphill and downhill in snowy and icy conditions.

Stephanie Hickford, Brand Manager at Holts and Prestone, says the research shows that many UK drivers simply lack the knowledge of how to drive safely in the conditions and underestimate the potential dangers they face.

“They need to be better prepared if they want to ensure their own safety and that of other road users,” she added.

Do you need to top up your knowledge on winter driving? Don’t worry we’ve got you covered, as we’ve pulled together a winter driving guide for you which covers everything you could possibly need to help you get from A to B safely during the winter months.