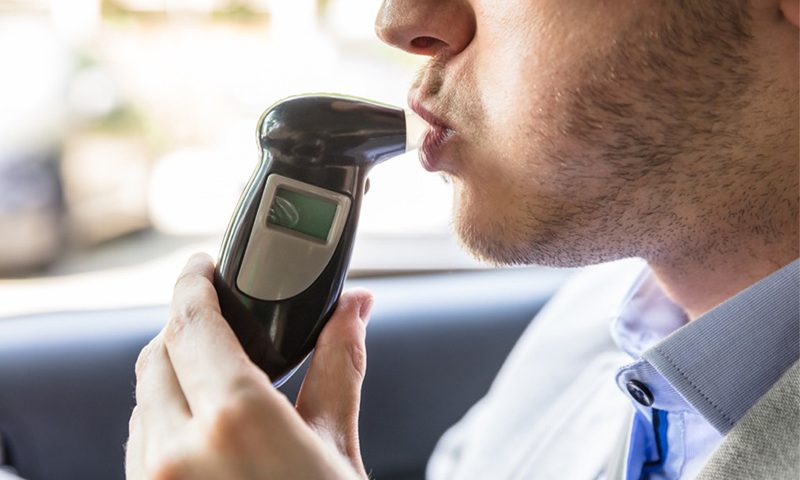 Have you ever been tempted to blast your horn at a slow driver? What if you found out that driver was a police officer?

40-year-old Matthew Haywood made exactly that mistake when he tailgated an unmarked police car through Longton, Staffordshire.

Haywood was pulled over after blasting his horn at the car he thought was driving too slowly. Police issued a roadside breathalyser test, finding him to be well over the drink-drive limit.

Magistrates have now charged Haywood with a £120 fine along with £135 in court costs. He was also given a 14-month driving ban.

‘It was clear he had been drinking’

Two on-duty officers in an unmarked vehicle became suspicious of the Fiat Punto driving extremely close to them on a Staffordshire A-road.

Pulling the car over, officers said it was obvious that Haywood had been drinking and a road-side breathalyser revealed him to be over the legal limit with 54 micrograms in 100 millilitres of breath.

Prosecutor Emma Thompson said: “Two officers were on duty in an unmarked police vehicle. They were aware of the defendant driving extremely close to them as they came off the A50 at the Longton exit.

“The officers drove into the town centre and they were going to turn left at the traffic lights when the defendant drove by them and tooted his horn.

“The officers followed him and stopped him. It was clear he had been drinking.”

The amount of alcohol a person can consume before being over the drink-drive limit varies from person to person. The easiest way to ensure you’re safe behind the wheel is not to drink at all if you plan to drive.

Many people are not aware that they could still be prosecuted for drink driving, even if they pass a breathalyser test.

A DR50 conviction allows police officers to charge drivers who they feel are driving while ‘unfit through drink’.

Drivers can be charged with a DR50 conviction even if they are found to be within the legal alcohol limit, landing them with 10 penalty points that will remain on their licence for four years.

Know your limits. Read up on the current legislation in our easy-to-read guide on drink-driving laws.