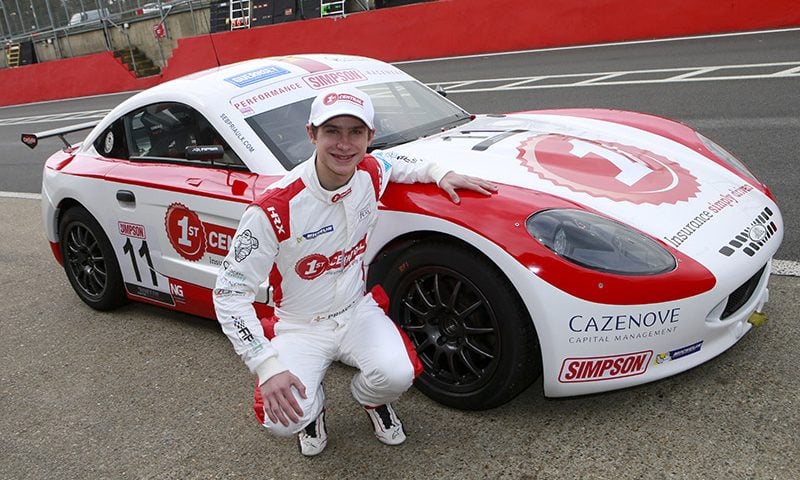 We’re thrilled to announce that we’ll be the title sponsor of the successful Ginetta Junior Championship driver Sebastian Priaulx!

1ST CENTRAL launched in 2008 and has quickly gained a reputation as a company that’s committed to nurturing young talent. Meanwhile, 16-year-old Sebastian has also quickly become known for his speed and skills, first behind the wheel of go-karts and then racing cars. He will again be competing with JHR Developments, who also fielded him in this series in 2016, when he was a rookie, and the Ginetta Winter Series, which he won with two victories and two second places in the four rounds.  In the Junior series he was on the podium six times and notched up his first win at Silverstone. He was the only rookie in 2016 to twice start a race from pole position.

Andy James, UK CEO said “We’re excited to have the opportunity to sponsor Sebastian as he progresses in his racing career. 1ST CENTRAL is a relatively young, but rapidly growing company, so it’s logical to lend our support now.  Sebastian is undoubtedly driven to develop his skills, and as a company, we’re simply driven to deliver great value car insurance. We’re very much looking forward to getting behind Sebastian and watching his career unfold.”

Sebastian Priaulx shared “Having 1ST CENTRAL support me as I head into 2017 and beyond is an amazing boost for my career.  I know from my father how finding such sponsorship at a crucial time is important. We can now work on laying down a foundation for my career and being able to plan long-term is amazing.”

Sebastian is the son of Andy Priaulx a European Touring Car Championship champion and three times World Touring Car Championship champion. As would be expected, Sebastian’s career is watched closely by his father, who commented: “I am a very proud racing father, so for Sebastian to have attracted such a high profile long-term sponsor so early in his career is pretty amazing. We are all excited about his future and are already looking to him moving into Formula 4 and then heading to a career that hopefully will take him right to the top.”