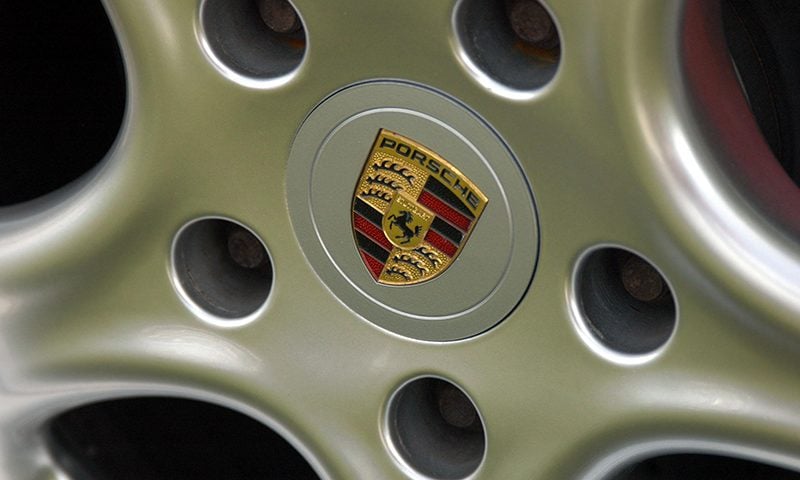 When a manufacturer decides on their brand name, it usually gold-seals its identity with a logo. But do you know why Alfa Romeo’s badge depicts a snake eating a man? Or why Ferrari uses a yellow background behind its prancing horse emblem?

The four interlocking rings on Audi’s internationally-recognised emblem, relate to when the firm joined forces with three other brands in 1932 – DKW, Horch and Wanderer.

The italicised H is more than just the Hyundai initial – it’s actually intended to represent the handshake between two people who are making a deal.

The German manufacturer’s blue and white logo represent the colours of the Bavarian Free State. The colours are reversed, as at the time of the brand’s inception it was illegal to use national symbols in commercial trademarks.

The three-point symbol of Japanese brand Mitsubishi, combines founder Yatarō Iwasaki’s family crest and the crest of the Yamauchi family – leaders of the Tosa clan, who controlled the town Iwasaki.

The split Alfa logo features a red cross on its left side, symbolising Milan, and what appears to be a snake eating a man on the right. However, this symbol of the Visconti family actually depicts a man being reborn from the snake’s mouth.

The yellow background behind the black prancing horse represents Ferrari’s hometown of Modena. The mother of WWI pilot Francesco Baracca is behind the horse emblem, prompting Enzo Ferrari to use the symbol that brought good luck on a jet flown by her son.

The original ‘Spirit of Ecstasy’ is thought to be actress Eleanor Thornton, who modelled for a sculpture called ‘The Whisperer’. When Lord Montagu of Beaulieu requested a custom logo for his Rolls-Royce, this was the inspiration – and it was such a hit that Rolls-Royce commissioned it for all of its cars.

This coat of arms logo combines elements from Western Germany’s Free State of Württemberg and the former capital, Stuttgart, where Porsche’s headquarters is located.

When the Daimler-Benz brand launched in 1926, the German firm had plans for world domination, and its instantly-recognisable three-point star reflects plans to master air, land, and sea.

The six stars in the Subaro emblem represent the Seven Sisters constellation. The cosmic arrangement is also known as the Pleiades, which is “Subaru” in Japanese.

Have we got you hooked and eager to find out more? Manufacturers often hide messages in their car designs; find out about hidden Easter eggs in modern day motors.