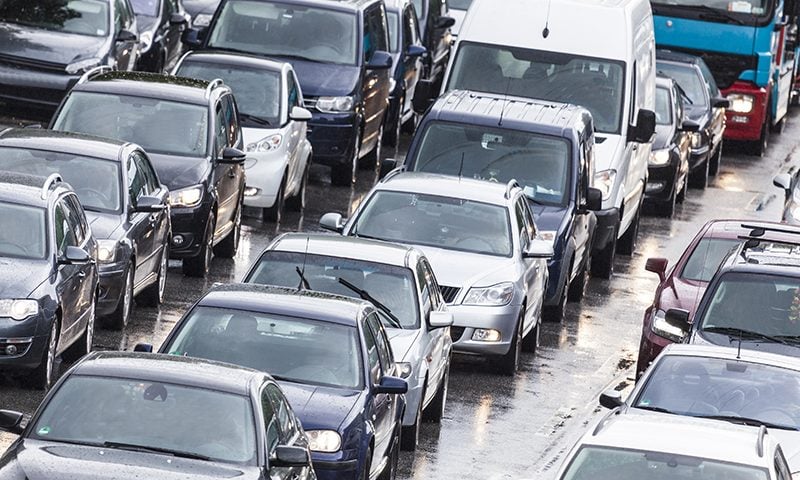 Third place normally isn’t bad. We’d take a bronze medal in Judo any day of the week… mainly because we’ve had no judo training whatsoever.

But, the UK has just been awarded a bronze medal that nobody wanted, and let’s face it, nobody was really that surprised by it either…

According to a study by Inrix – the traffic information company – the UK is the third most traffic-congested country in Europe. Drivers spend, on average, 32 hours a year stuck in traffic at peak times on UK roads.

The worst offenders
The figures have also named-and-shamed the worst cities for traffic across the country, another list that nobody really wants to come out on top.

Here are the top (or bottom) 10, with the average number of peak hours spent in traffic:

Congratulations to London, which stormed into 1st place. Everyone will have plenty of time to celebrate this result during tonight’s rush hour…

In fact, London is now the seventh worst city for traffic in the whole world! Something else to think about on the journey home.

Aberdeen may have only come third in the top 10, but it’s been named the city hardest to get in and out of, with a mind-boggling average speed of just 5.5mph.

The cost of traffic
Traffic isn’t just an annoyance, it can get expensive.

According to research, the cost of traffic totalled £31 billion last year alone, costing on average £968 per driver.

Graham Cookson, Inrix’s Chief Economist, explains how this cost has to be cut down: “The cost of this congestion is staggering, stripping the economy of billions, impacting businesses and costing consumers dearly.

“To tackle this problem, we must consider bold options such as remote working, wider use of road user charging and investment in big data to create more effective and intelligent transportation systems.”

We know what you’re thinking, “how can the UK be third?!” We’ve no idea; we thought we had the gold medal in the bag…

Get a traffic-free quote from 1ST CENTRAL today