Brits adopt the ‘My’way Code when it comes to driving 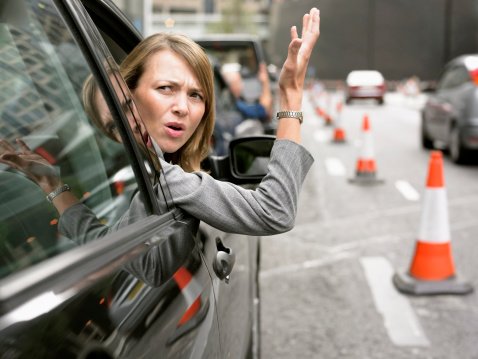 British drivers might pride themselves on their driving skills, but we did a spot of research that’s revealed more than two thirds will start adopting bad driving habits within the first year of passing their test.

In fact, nearly a million drivers admitted they started picking up bad habits as soon as they left the test centre with their new licence.

Men are making up their own rules of the road

Sorry gents you’re not going to like this, but our research found that you’re the worst offenders when it comes to using the ‘My’way Code over the official Highway Code.

Nine in 10 men are guilty of using their own rules of the road because they think they know better, compared to three quarters of women.

Could you teach your kids the Highway Code?

When it comes to passing on their knowledge and teaching the next generation to drive, it seems parents are the ones getting schooled, as one in six admit they’ve had their driving technique corrected or been taught something new by their children.

It was even discovered that more than one in 10 said they had to read the Highway Code to check the rules before taking their kids for a practice lesson.

They believe that the changing road regulations and their rusty memories are the reasons why they’re no longer able to keep up with the Highway Code.

Though their driving might not be DVLA approved, a third of Brits even think the bad habits they’ve picked up over the years have made them a safer driver.

5 rules of the Highway Code drivers get wrong

Commenting on the research, Andy James, UK CEO at 1ST CENTRAL, said: “Whilst experienced drivers may be comfortable behind the wheel, it’s concerning to see how many people have forgotten speed limits, or don’t understand how car insurance works in relation to the other key legal requirements needed to be roadworthy.

No matter how many years of driving you have under your belt, it’s important to remember the correct rules of the road to ensure a safe drive for all.”

He also added that our research has reminded him that he should probably re-read the Highway Code himself!

Need to get reacquainted with the latest driving laws? We’ve got you covered as our Rules of the Road has everything you could possibly need and more.