Why do people love their cars? 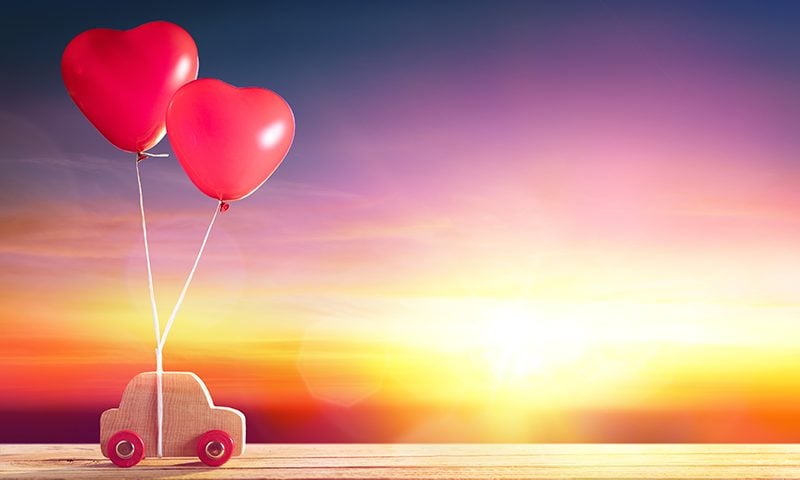 It’s February – the month of love.

And to celebrate this amorous time of year, we decided to look into why us Brits hold such an affinity for our beloved cars.

Plenty spring to mind – from fond memories of our slightly strange first cars, to the simple joy of an action-packed road trip. But we think there’s one reason above all else that causes us to love our cars…

We don’t think of them as just cars. We humanise them.

The look of love
A few years ago a Japanese study showed that people can match a dog to their owner based on how similar the two look. While this news probably isn’t great for a few dog owners, some scientists found it particularly interesting.

In fact, they found it so interesting, they set up a follow-up study which showed that the same can be said for cars and their owners.

That’s right. As weird as it may sound, a lot of us look a bit like our cars. While you come to terms with that strange and worrying piece of information, we’ll move on…

A lot of research has suggested that humans have a tendency for choosing romantic partners that look similar to how we perceive ourselves to look. So, maybe it should come as no surprise that some of us do the same when it comes to cars.

Maybe we pick out a car because we see ourselves in them. Maybe we love our cars because they remind us of something, or someone, very familiar. It certainly explains why we fall in love with a car at first sight.

In the name of love
So with cars looking similar to people, it’s no surprise that we name them so often.

Close to a third of female, and 15% of male, young drivers in the UK name their car, with the most common name in the UK being ‘The Beast’.

We know what you’re thinking. If people look like their cars, what do the owners of ‘Beasts’ look like?! (Sorry ‘Beast’ owners!)

The roads are full of Arnies, Pixies, Leos and Suzis, but why do we name our cars? For men, it could be because they don’t just humanise their cars, they consider them ‘a part of themselves’.

So, why do we love our cars?
A number of studies over the years have highlighted many reasons why we love our cars –  because they’re a safe place and a recognisable face or an extension of ourselves. But, we think it’s much simpler than that…

Our cars mean a lot to us, because of everything they let us do and for the safe space they let us enjoy on the way.

So, give your car a treat during this month of love. Give it a proper clean, check its oil or pump up the tyres. Do something for your car, because it’s done so much for you.