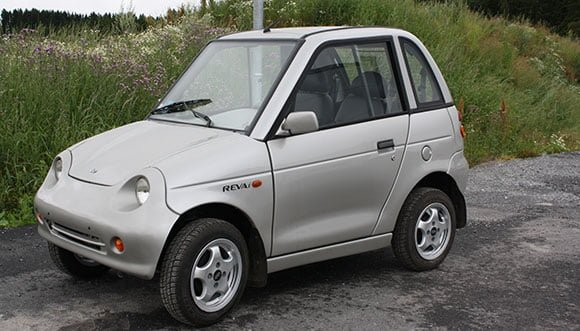 Manufacturers spend millions on research, development, design and innovation, but many vehicle models still fall short, according to a readers’ poll by Auto Express magazine which highlighted the top 10 worst cars.

The Reva G-Wiz fared the worst, with 10% of overall votes going to this boxy car. The G-Wiz is technically a quadricycle that you can drive from being 16-years-old with only a CBT motorcycle licence, but that doesn’t seem to make it any more appealing.

With fewer than 20 votes between them, the Austin Allegro is a very close second, marked down for its “ugliness”, as well as its “unreliability” and “impractical” square steering wheel. Meanwhile, “poor build quality” and “sloppy handling” has landed the Chrysler PT Cruiser Convertible in third place.

Described by autoexpress.co.uk as a “dull and dreary Nissan Cherry with an Alfa badge on the nose,” the Alfa Romeo Arna is a loser in the polls as well.

Quality, performance and handling are all concerns with the Rover CityRover, while understeering, poor suspension and quirky windscreen wipers that were fitted the wrong way round secured the Morris Marina a place in the top 10.

The iconic Only Fools and Horses Reliant Robin ranked eighth on the list due to its three-wheeled formula and unlike the G-Wiz, it cannot be driven with a motorcycle licence.

Last to rank is the Vauxhall Frontera. Its large fuel-guzzling engine is reportedly lucky to get 20 miles to the gallon, while its handling and comfort have also been brought into question.

Models that just missed out on the world’s worst motoring accolade are the Citroen C3 Pluriel, Nissan Micra C+C and the Kia Pride.