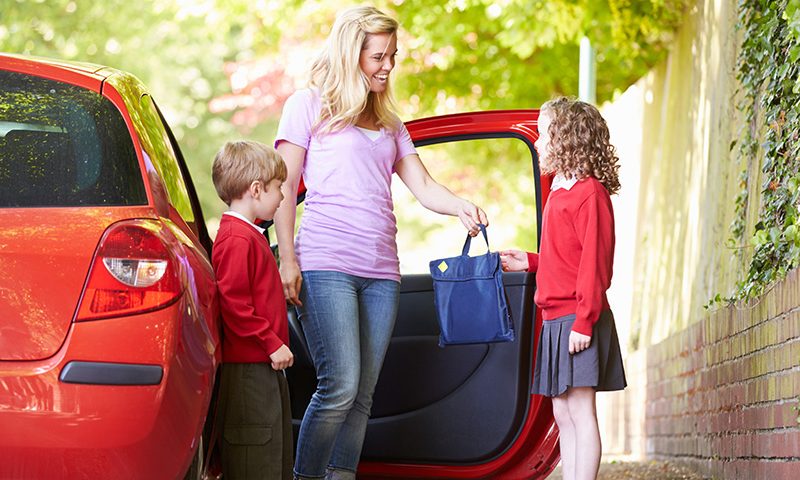 What if you could be fined for dropping your kids off outside the school gates? Well, that could soon be a reality for some Greater Manchester parents…

A motion by local Liberal Democrat councillors has called for ‘no-idling zones’ to be brought in to play across Stockport in an effort to cut air pollution.

If the motion is passed, motorists could be fined for leaving their engines running while stationary near public places such as schools and railway stations.

Stockport Council are preparing to hear the motion next week.

The National Institute for Health and Clinical Excellence has recommended local authorities to ‘crack down’ on idling motorists after research linked 40,000 UK deaths to air pollution every year.

Councillor Colin MacAlister will put forward the ‘no-idling’ motion to Stockport Council, insisting that ‘small changes’ such as drivers cutting their engines outside school could ‘drastically improve’ air quality in the borough.

MacAlister said: “All of the evidence shows that we need to improve air quality, particularly around our schools.

“For example, contract school buses often sit with their engines running whilst waiting for the school day to end, pumping harmful gases into the environment. Car drivers need to play their part, too.

“We need action by the council and Transport for Greater Manchester to educate people through a proper public awareness campaign, and this needs to be backed by fair enforcement measures.”

The new ‘no-idling’ motion will allow local authorities to hand out £20 fine for any motorist failing to switch their engine off when stationary for two minutes or more.

The Lib Dems are also calling for the council to use civil enforcement officers and anti-social parking cameras as part of the effort to crack down on idling motorists.

Councillor Becky Senior, who is supporting the motion, said the problem wasn’t just around schools, with motorists around other public spaces like stations also leaving their engines running.

She said: “We are asking for officers to do a comprehensive assessment of where No Idling Zones should be introduced across Stockport to have the most impact and to then deploy the existing civil enforcement officers and the anti-social parking camera car to enforce them.”

Want to find out how you can become a greener driver? Take a look at our guide on five things you can do to become an eco-friendly driver.