The fastest cars in Britain for converting into cash 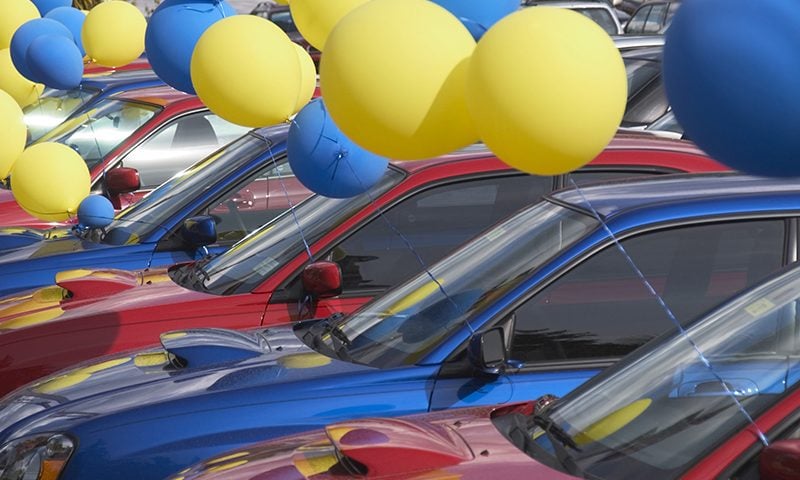 Top speed this, top speed that. We’re getting bored of hearing about the fastest cars and their fastest speeds. If only someone did a study that showed ‘the fastest cars’ in a slightly different light…

Well thankfully, Wizzle has done exactly that. They’ve revealed the car brands in the UK that have the fastest-selling times of used cars.

But, some cars are going even quicker than that.

Lexus tops the list
Top of the fastest selling car list is Lexus. A Lexus, on average, takes just one day to sell. One day! They’re being snapped up so fast, you’re probably lucky to even spot one.

But, not every manufacturer is as lucky as Lexus.

Slow sales for Citroen Things aren’t as snappy for Citroen, with the average time from dealer to done deal taking almost two weeks (13.6 days to be precise).

So, in the time it takes one Citroen to go from a dealer to a new owner, Lexus could have nearly 14 used cars with their new owners.

But what is the leading factor in different selling speeds? Value? Market share? Or is it just an owner’s high expectations?

What causes the difference in speed?
Sébastien Duval, Wizzle’s Founder, explains that their research suggests the latter.

He said: “At first we expected higher value cars to take the longest to sell because their owners might negotiate harder over an acceptable selling price, but there’s no sign of that.

“We think the time taken to agree a sale may be closely related to some owners’ unrealistic expectations of the market value of their car when they initially offer it for sale.

“Sometimes it might be the shock of discovering how much their car has depreciated and the seller has to take time to adjust to a more realistic view of its value.

“But there seems to be no obvious relationship between the actual cash values of cars and the time it takes to agree on a sale.”

Are you looking to replace your car? Get a quote from 1ST CENTRAL and see how much we could save you on your car insurance.