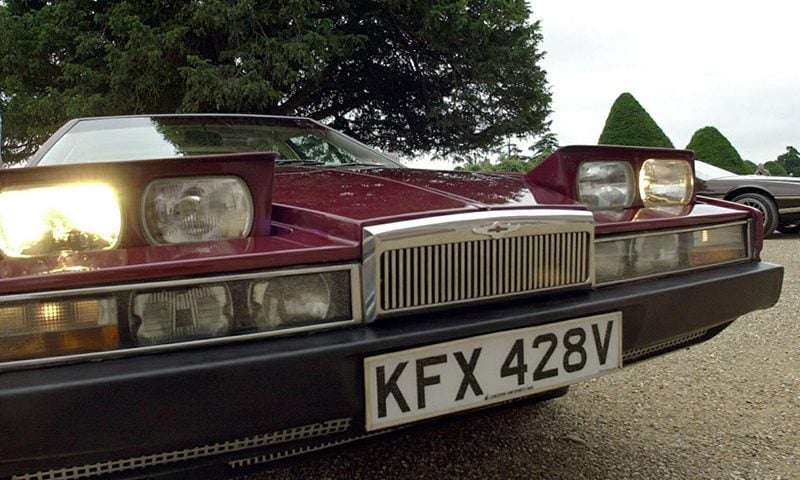 Building a classic car collection takes determination, passion and a whole lot of cash it would seem – especially if you plan on taking a leaf out of Rodger Dudding’s book.

The 79-year-old from Hertfordshire has been revealed as the UK’s biggest collector of vintage cars, after amassing 350 classic motors worth a staggering £40 million.

The multi-millionaire entrepreneur is now upgrading his garage in Potters Bar to the tune of £7 million, just to house his expansive assortment.

His studio started as just a ground floor, but the refurb will see the space extend to five floors, including two parking lifts. 24-hour security and even a state-of-the art sprinkler system.

Where it all began

An awe of his dad’s 1952 Morris Minor triggered Rodger’s passion for classic cars when he was just a teenager.

“If people ask me my most valuable car then I would have to say my late father’s 1952 Morris Minor,” says Dudding. “It is totally and absolutely an original.”

However, the oldest motor in the stockpile is a 1911 Vulcan tourer.

Also in the collection are 24 rare Aston Martin Lagondas and a notable array of motorcycles, including one of the only Bentley motorbikes in the world.

Mr Dudding said: “This is the only two-wheel vehicle in the world permitted to be badged Bentley. So, it’s bit of an unusual one…you have to be bonkers enough to buy these things. To me it is just history.”

The business magnate – who made his millions inventing the “take a ticket” queuing system used in supermarkets ­– says collecting is as much about owning a piece of history than it is an investment.

He said: “I can look upon a motorcar in many cases as a piece of three-dimensional art. It doesn’t have to be an expensive motorcar. It could be very small motorcar.

“And as an art collector of major specialist brands I thought there was a gap there and people were not necessarily saving for posterity, for history, and that’s why I buy unusual pieces of machinery.”

Thinking of buying a classic car? Find out more about the vintage motor market.