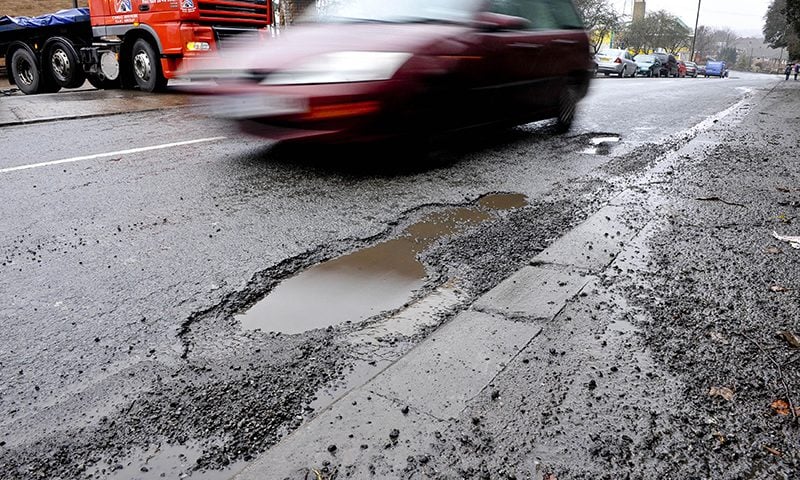 How often do you find yourself complaining about the state of the roads in your local area? Every month? A few times a week? Maybe when you’ve just had to dodge a pothole?

Well, shocking new figures have revealed that drivers across England are reporting damaged roads to the local council every 45 seconds.

Last year, local councils were forced to pay out a total of £1.9 million in compensation to drivers whose cars were damaged as a result of uneven roads. But what is being done to address the problem?

Figures were obtained in response to a freedom of information request made by the FSB, whose members were reportedly fed up with disruptions caused to their staff, customers and deliveries as a result of unkept roads.

Roads in the North East were reported the most, with 103,583 complaints. Yorkshire & The Humber was next with 92,010 potholes reported while drivers in the South Central area made 87,907 complaints.

Mike Cherry, National Chairman for FSB, said: “These figures show just how widespread the issue is and it’s clear that the Government and local authorities need to sit up and take notice.

“Measures like more funding for local authorities and improving the coordination between authorities and utility companies will go some way in helping ease the burden of this ever-growing issue.”

In light of these worrying statistics, the Department for Transport has announced plans to increase the spending allowance for councils to put toward road maintenance.

£348 million will be invested in two instalments over the next four years to help improve the quality of roads across the country.

The first £198 million instalment will be made available this year, allowing councils to bid for a share of the funding. The remaining £150 million will then be put toward easing congestion on the UK’s busiest roads over the following two years.

Former Transport Secretary, Chris Grayling, commented at the time: “Local roads are the backbone of the transport network for drivers up and down the country, but we know that some aren’t up to the standard they need to be.”

“Whether it’s congestion or quality, we need to empower local authorities to invest in these roads and make journeys safer and stress-free.

“That’s exactly what this funding will do. Over four years, we’re providing more than a third of a billion pounds to make sure local authorities have the cash they need to make this a reality.”

To ensure you stay safe on the roads, check out our ultimate guide on everything you need to know about handling the scourge of potholes!