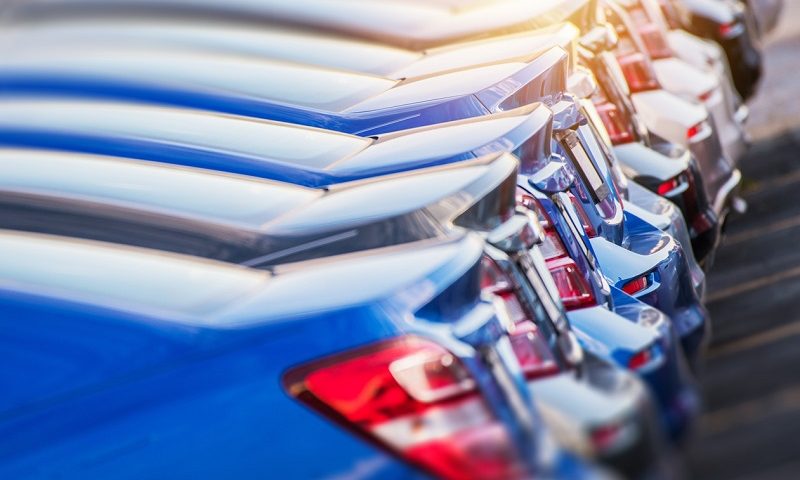 How do you think the new car market is faring?

While the number of new cars being registered is on the rise, automotive industry leaders have issued a warning about the current state of the market.

Demand for new cars shot up by 1.7% last month compared with the same period in 2020 – then under lockdown.

Some 115,706 new cars were registered in the UK in November, according to the Society of Motor Manufacturers and Traders (SMMT).

While this brings to an end four consecutive months of year-on-year decline, the total was still 31.3% down on the pre-pandemic five-year November average.

Notably, battery electric vehicles made up nearly a fifth of the new car market last month.

SMMT chief executive Mike Hawes said: “What looks like a positive performance belies the underlying weakness of the market.

“Demand is there, with a slew of new, increasingly electrified, models launched but the global shortage of semiconductors continues to bedevil production and therefore new car registrations.

“The industry is working flat out to overcome these issues and fulfil orders, but disruption is likely to last into next year, compounding the need for customers to place orders early.”

Mr Hawes acknowledged that the continued acceleration of electrified vehicle registrations is good for the industry, the consumer and the environment.

However, he said that with the pace of public charging infrastructure struggling to keep up, we need swift action and binding public charger targets to include everyone in the electric vehicle revolution, irrespective of where they live.

Ian Plummer, commercial director at Auto Trader, said the slight uptick in new car sales in November is “not a sign that the new car supply issues were beginning to ease”.

He added: “The majority of November’s registrations will have been pre-ordered months ago.

“In reality, the global shortage of semi-conductors is still being keenly felt at the forecourts, holding back sales to a level well below the very strong underlying demand we continue to see.”

Semiconductor chips are used in vehicles to help control electrical parts, like infotainment and main screens, as well as power steering and brake sensors. Modern cars use more than 1,400 of these chips.

Richard Peberdy, UK head of automotive at KPMG, said it’s “reassuring for the industry” that demand for new and used vehicles “continues to out space car supply”.

Alex Buttle, co-founder of used car marketplace Motorway.co.uk, described the popularity of electric vehicles (EVs) as a “ray of light for the new car industry”.

He added: “People are embracing the idea of switching. With further government investment into infrastructure supporting EVs on the cards, these numbers will continue to rise 2022.”

The government is considering making it mandatory for vehicle manufacturers to sell a certain percentage of zero-emission cars and vans from 2024, in a bid to reach net zero carbon emissions.

Mr Nelmes warned this must “not become a cap on ambition”.

For more context on the state of the market, check out this report on the UK enduring its worst new car sales in 30 years in October.