Your guide to the best things to do in London 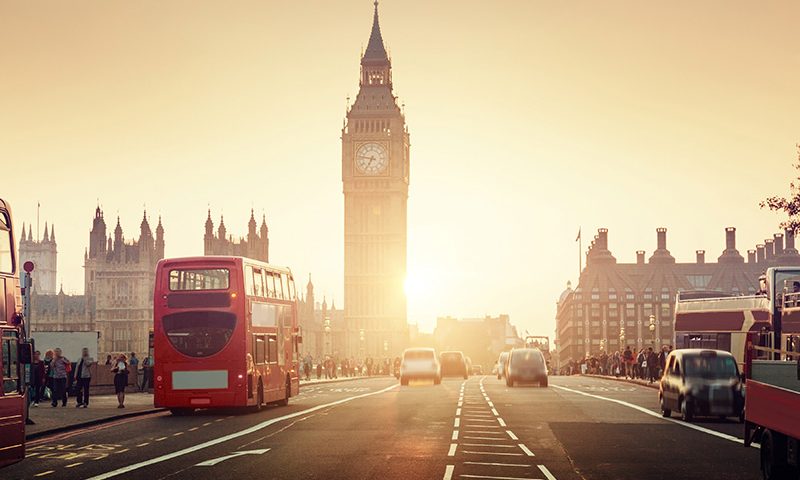 London – the capital of England and home to over 13 million people from across the globe. It’s no wonder that this exploding metropolis is one of the most visited cities in the world, only bested by the Asian centrefold that is Bangkok.

While London is made famous by the notoriety of the Royal family and the rich sense of history that this amazing city holds in its foundations, it’s the city’s ability to blend the old with the new that has people returning time and time again.

When to visit London

There’s simply never a bad time to visit London – each season brings with it a different charm and lots of new and exciting things to experience.

Our favourite time of the year to visit London is in the lead up to Christmas and also the summer.

Christmas in London – As a child, you see so many films featuring Christmas in London and it looks spectacular. And whilst in reality it might be slightly more wet than white, it still has that magical feel. Two of our favourite things to do in London at Christmas are of course visiting Hyde Park’s Winter Wonderland and ice skating at the iconic Somerset House.

Summer in London – Whilst our summers here in the UK aren’t usually anything to shout home about, we Brits always look on the bright side, which is why summer in London is jam-packed with a whole host of things to do; from music and food festivals to great sporting events like Wimbledon. You’d be hard-fought to find yourself struggling for something to do if you’re visiting London in the summer months.

London is huge. Spanning over 45 miles, it would be difficult for you not to find something worth looking at in each of those miles. It’s no wonder it can take a while to get from A to B whilst visiting London. Granted a large proportion of the city probably isn’t where the tourists would flock to.

For the city life experience, we’d recommend finding an Airbnb in zones 1 and 2, in particular, Clerkenwell and Shoreditch. Whilst these might come with a heftier price tag, you’ll benefit greatly from not having to travel so far to see everything, and often in these zones, something’s happening on every street to keep you entertained.

If you’re after something a bit more idyllic, head out slightly to Hampstead. Whilst the postcode suggests you’re still in London, you’ll feel like you’ve been transported to a beautiful countryside village with cute shops lining the streets, local coffee shops and beautiful parks. This is the perfect option for those of you who want to experience London, but don’t want to be overwhelmed by the city in its entirety.

Explore Hyde Park – Not only is London famous for just about everything, but it also has an abundance of green space, the most famous of course is Hyde Park. Overlooking just about everything famous in London, from Buckingham Palace to Big Ben, this is the perfect spot to have a wander around, have a coffee or a picnic, test your rowing abilities or just to simply sit and watch the world go by.

Check out all the museums – London is famous for having some of the world’s most renowned museums, and before you start thinking that museums are boring, think again. There are museums for everyone, young and old, and they’re all fairly cheap too. Our personal favourite is the Natural History Museum – we’re sure you’ll have a ‘whaley’ good time there. Yes, that’s a whale joke, as currently, their main attraction is Hope, their Blue Whale skeleton. The London Transport Museum, meanwhile, is a great museum to take your kids to as there are heaps of fun things for them to play with.

Say hello to the Royals – It’s no surprise that the Royals bring in millions of tourists each year to the capital, after all, they’re almost certainly the most famous Royal family in the world. One of the great things about London is there are loads of great things you can do to feel close to them. From heading to Buckingham Palace and having your photo taken outside the gates, taking a guided tour around the palace itself, checking out the queen’s jewels at the Tower of London or heading a little out of the city and going for a wander around their namesake, Windsor Castle.

Take a ride on the London Eye – If you want a great view of the city and fancy a bit of a ride too then the Coca-Cola London Eye is a great option for you. As your capsule makes its way around the 135-metre frame, you’ll be graced with breathtaking, 360-degree views of the capital and some of its most famous landmarks, including the Houses of Parliament and Big Ben. Make sure you book ahead as there can be quite the queue.

Visit the London Dungeon – Like with many old cities, London has a fairly horrible history. And what better place to experience all that than the London Dungeons?! Don’t expect boring history lessons – instead, you’ll experience the retelling of London’s gruesome past with live actors, thrilling rides and disturbing special effects that’ll leave you feeling like you were present and witness to some of the city’s darker times.

Catch a musical in the West End – One thing’s for sure in the Capital, they know how to put on a show, and the West End is the best spot in the city to truly witness this. From the likes of Wicked and Les Miserables to the newer and exciting 9 to 5 and Book of Mormon, London’s West End has a show that’s guaranteed to leave a lasting impression.

Check out the night scene – What can we say, we Brits love a drink, and in London, you’ll never have to walk far to find somewhere to quench your thirst – from rooftop bars to typical British pubs, there’s an abundance of choice. If you’re after something that’s quintessentially British and a little bit quirky, we’d recommend checking out Cahoots, a bar set in an abandoned tube station. This 1940s themed bar gives you the ultimate speakeasy feel, serving up spiffing cocktails with jolly good rations and live swing entertainment.

Head on out for a gig – The music scene in London is incredible, there’s a gig on every night from every different corner of the music world, from the underground scene to country to Latin. If you’re in the mood for live music, London won’t leave you disappointed.

Have a barrel of laughs at a comedy show – It’s no surprise that London has a great comedy scene. With clubs dotted around the city and big named acts regularly touring, you’d be hard-pressed to not to find a comedy show happening.

Take in the views of London at night – Day or night, London is a beautiful city and seeing it from up high makes it just that little bit more spectacular. That’s why we’d highly recommend heading up the Shard, especially if you’re able to time it with sunset. While tickets to go up to the Shard can be pricey, we’d suggest booking a window table at one of the restaurants below so that you can sip on a nice drink and some nibbles for only a little bit more cash, making the experience even better.

Where to eat in London

Brick Lane – Roast dinners and fish and chips are so last year. Curry is now Britain’s most popular dish, and with curry houses like those on Brick Lane, it’s no surprise why. Our personal favourites are the Brick Lane Brasserie with their blended Indian and Bangladeshi dishes at great value, and Cinnamon. Whilst it might not look like a lot, this place really packs a punch, delivering some of the most authentic Indian food you can have outside of India and it’s BYO too.

A Pie Party – We Brits love a pie and while this might not be a sit-down restaurant, this is something you should try and experience during your time in London. This is sweet street food at its finest, delivering an unbeatable sugar rush that’ll leave you wanting more. Check out their Instagram which is filled with all the mouth-watering goodness you could get your hands on for a little afternoon delight or post-dinner sweetness. They also tell you which markets they’ll be selling at so you can avoid turning up to the wrong spot. We promise the hunt will be well worth it.

Sketch – No one does afternoon tea quite like London, and whilst the idea of having the traditional scones and clotted cream sounds great, Sketch takes it up not just one level but a hundred. Described as “having scones and clotted cream in an Alice in Wonderland themed space ship”, Sketch takes molecular gastronomy to another level. The space is filled with several rooms, each with different themes, some saner than others, but the best room in the building is the bathroom. Forget taking pictures of your food, the bathroom is the spot where you’ll get the perfect picture for ‘The Gram’.

Black Axe Mangal – If you’re looking for somewhere a little bit different, but still deliver on the food front then check out BAM. Looks are deceiving as this 25-seater restaurant is hiding the fact that BAM is by far one of the more larger-than-life restaurants in London with its slightly mental fusion/ Turkish food coupled with a heavy metal soundtrack. BAM is definitely Highbury’s worst kept secret!

Kaia at the Ned – Bottomless Brunch is all the rage, couple that with some great food in the incredible setting that is a refurbished bank and you have yourself a winner. Gone are the days of a simple stack of pancakes and your basic latte, brunch these days is all about creating an experience, and this all-you-can-eat Asian-Pacific brunch spot is one that you’ll find difficult to beat.

So, there you have it…all the best things to do when you visit London in one place! We hope you’ll have a fun-filled stay whilst you’re visiting. Enjoy!