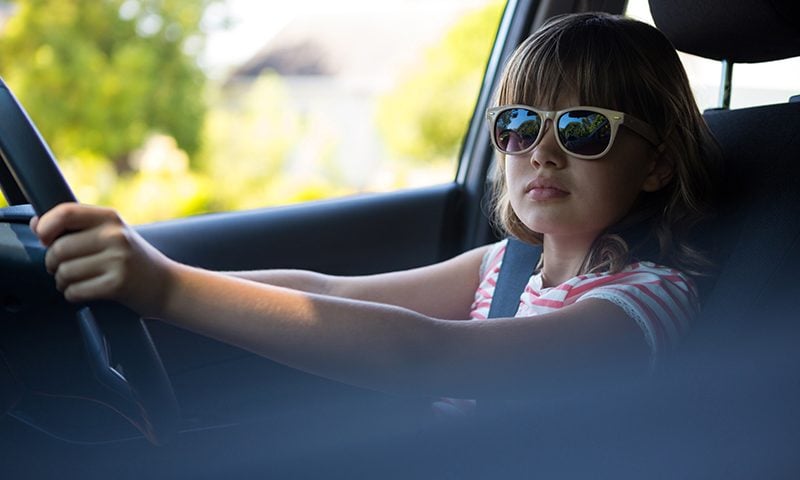 Shocking new statistics show that eight-year-old children are among the drivers caught speeding over the last 18 months.

The frightening numbers from the Drivers and Vehicle Licensing Agency (DVLA) suggest that two children aged eight and one child aged nine have been prosecuted for driving offences since January 2017.

In total, over 1,000 underage drivers were prosecuted for driving offences in the period, up from 696 in 2014.

The figures show that hundreds of underage drivers have ended up in court since January last year.

In total there were 241 court appearances by 13 to 16-year-olds for reckless or dangerous driving, with the total amount of traffic offences for this age group standing at 551.

At the other end of the age spectrum, 1,002 people aged 90 or over have also been prosecuted for traffic offences over the last 18 months, with three of these aged 99.

The data tells us that the majority of traffic offenders prosecuted were in their 40s, with over 30,000 46-year-olds caught speeding.

Tip of the iceberg

The RAC warned that cuts to police funding could mean the figures are just the ‘tip of the iceberg’ and questioned the current punishments.

Spokesman Simon Williams said: “In terms of punishing any child caught driving illegally the standard practice is to disqualify them from driving which makes little sense when, in the eyes of the law, it is already illegal for them to drive.”

Under current law, any penalties from driving offences by underage drivers are kept on file by the DVLA and added when they apply for a licence.

But drivers who receive six or more penalty points within two years of passing their test automatically get their licence revoked, meaning that underage drivers could lose their licence before they even legally get one.

The figures were obtained through a Freedom of Information (FOI) request to the DVLA.

For more information on the laws, check out our rules of the road page and keep yourself informed of the latest legal goings on.