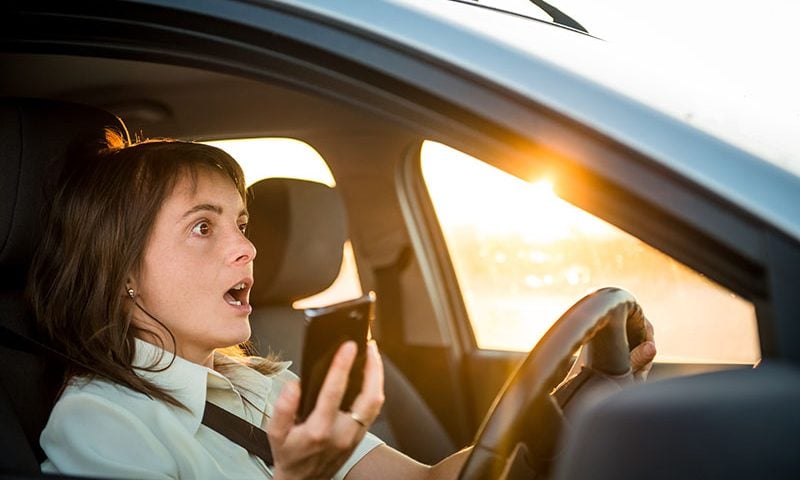 Changes to the law which hope to prevent mobile phone use behind the wheel have taken effect.

Now, if caught using a phone, you’ll receive a £200 fine and six penalty points on your licence, doubling the previous penalties.

Added impact for new drivers
These penalties will affect new drivers more than most, as if you’ve been driving for two years or less, you’ll lose your licence by receiving the six points. So, just one text message could be enough to prevent you from driving.

You’d be able to get back on the road, but only after you apply for and purchase a provisional license, as well as passing both your theory and practical tests again. Basically, don’t use your phone. It’s never worth it.

Nick Lloyd, the Road Safety Manager for the Royal Society for the Prevention of Accidents, explains that while resisting using your phone at the wheel may be hard, safety should be the priority.

He said: “Taking your theory and practical driving tests can be an expensive and stressful time, so imagine having to go through it all again for one moment of stupidity.”

“We understand how difficult it can be to ignore your mobile phone, but there’s not a single reason that will excuse putting people’s lives at risk, and hopefully these new stricter penalties will mean drivers think twice.”

First teenager to lose their licence
A 19-year-old from Abingdon, Oxford, has become the first motorist in Britain to lose their driving licence under the stricter laws.

As a ‘new driver’, he will now have to drive under a provisional licence and will need to pass a competence test before regaining his full licence again.

The 19-year-old driver was pulled over by Thames Valley Police officers after being spotted using his phone to try to find a garage to change his tyre.

Most drivers to say no to the mobile
Thankfully, it seems as though the new punishments will be enough to deter most drivers from driving distracted.

A study from Leasing Options found that 76% of adults are aware of the changes to the law, and that 91% of drivers feel an increase in punishment severity is enough to deter them from using their phones in the future.

However, 16% of those surveyed did admit they would use their phone when parked at traffic lights. Remember, even if you’re stuck at a red light or in traffic, it is still against the law to use your phone. So, hopefully the 16% are reading this and will change their minds.

It’s great to see that the vast majority of drivers are going to resist using their phone behind the wheel. But, it’s not something to really call home about. Especially if you’re stuck at a red light…

Is your knowledge of the laws of the road where it should be? Have a go at our Road Rule-ette and see how you fare.