Backseat dangers: Are your kids distracting you? 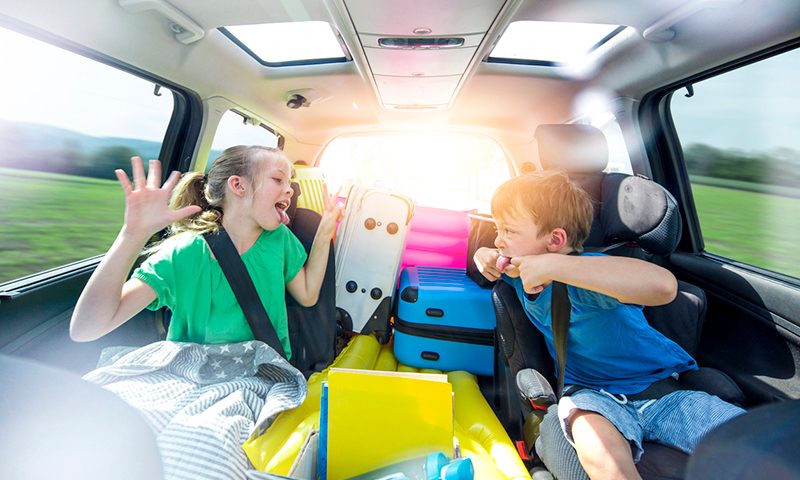 Kids can be a handful. Whether you’re rushing to get them to sports practice or taking them out to pick up their new school uniform, there always seems to be something that needs your attention.

When it comes to driving, you might find the little ones in the backseat a distraction – and new research suggests you wouldn’t be alone.

According to Nissan’s survey, nearly two-thirds (63%) of drivers admit to finding it difficult to focus on the road because of their kids’ antics.

And if that wasn’t worrying enough, parents have admitted that the level of distraction means they’ve taken their eyes off the road and their hands off the steering wheel.

They also say they’ve run through red traffic lights, forgotten to indicate, braked suddenly, swerved into the next lane, and even been forced to stop the car completely.

When the study asked which behaviours are particularly distracting, tantrums came top of the list with 65% listing them.

Other concerns for motoring mums and dads include kids arguing in the back (56%) and kicking the back of the driver’s seat (49%).

Its no surprise that parents say they regularly feel stressed and anxious when their kids are in the car.

They admit they can arrive at their destination either late or in a bad mood, having had a fight with their partner or even experienced road rage incidents with other drivers.

Many parents reveal they’re taking desperate measures to reduce the danger and distraction caused by driving with kids.

Distractions from the backseat have caused many motorists to break the speed limit, while 15% avoid busier roads with faster-moving traffic entirely when transporting the children.

This is probably due to the added risk of motorway driving, where even the smallest distraction can have repercussions when travelling at 70mph, or 30 metres per second.

Technology to the rescue

With the distraction in the back parents are increasingly turning to in-car technology in the quest to keep the whole family safe on the road.

The research highlighted that avoiding distractions is one of the biggest concerns for parents when choosing which car to buy, with one in three (34%) saying they would actively look for driving assistance systems when choosing their next car.

These could be automatic emergency braking, lane departure warning and adaptive cruise control.

Jean-Philippe Roux, general manager of crossovers for Nissan Europe, says every parent knows just how unpredictable family outings in the car can be.

He said: “The smallest passengers often bring the biggest surprises when you’re trying to concentrate on the road, which can create a stressful time for the parent behind the wheel.”