A 2018 guide to drink driving laws 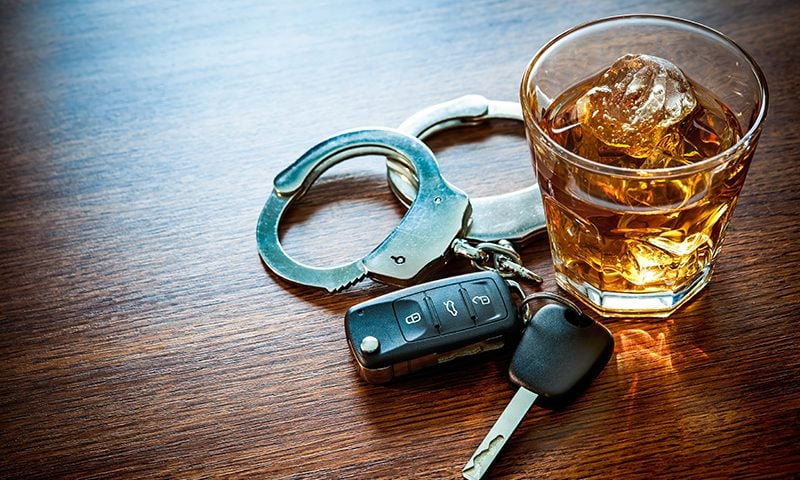 Ant McPartlin has been released pending an investigation, following a collision involving his Mini in Richmond, West London on 18th March.

While the circumstances around the alleged incident are unknown, the news comes as a timely reminder that driving while under the influence of alcohol increases the risk of an accident and exposes motorists to disqualifications, fines or even custodial sentences.

Here’s a rundown of current laws, limits and penalties…

The police can stop you at any time to breathalyse you if they suspect you may have been drinking, if you’ve committed a motoring offence or if you’ve been involved in an accident.

If you’re given a roadside breath test and you fail, you’ll be taken to a local police station and breathalysed for a second time. If it’s positive, then you’ll be charged and will be given a court appearance date.

If you refuse to take a roadside breath test, then you can be arrested for failing to supply a sample of breath.

If you don’t give a sample, then you are required to give a “reasonable excuse”.

A reasonable excuse could be a genuine physical or mental condition that prevents you from giving a sample. This reason cannot be one such as being unable to speak to a solicitor, or not understanding the process.

Guidance used to tell you in units how much you could drink and stay under the limit. However, the way alcohol affects you can depend on lots of different factors. Such as…

Penalties for driving while drunk

If you’re found guilty of drink-driving then you are almost certainly going to be disqualified from driving.

This is a minimum 12-month ban, or if you’ve already been found guilty within 10 years, a minimum three-year ban will be imposed.

You also face an unlimited fine and even a prison sentence.

The magistrates who hear your case will decide on which penalty you receive, and it depends on how much over the limit you were, the circumstances around the offence and also your personal circumstances.

In certain cases, you may be able to reduce your ban by taking a drink-drive rehabilitation scheme (DDRS) course, but this will be up to the magistrates.

If you are found guilty of refusing to provide a specimen of breath, blood or urine:

If the possibility of a ban, fine, prison sentence or serious accident is not enough to deter people from drink driving, maybe more controversial methods are needed. Find out about the new approach Lincolnshire Police Force is taking.