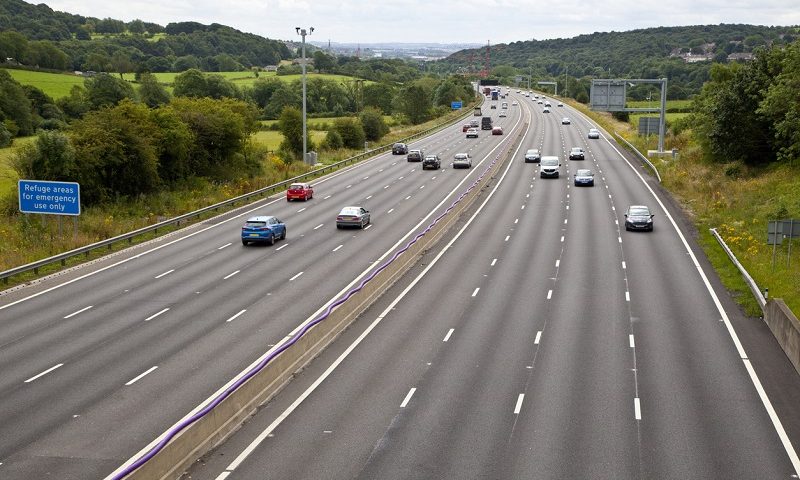 It looks like smart motorways may be set for an unexpectedly early safety boost – after the Transport Secretary turned up the pressure on Highways England.

The rollout of Stopped Vehicle Detection (SVD) technology – a key measure set to improve the safety of our smart motorways – will now need be completed before its initial deadline, Grant Shapps has confirmed.

The initiative for radar technology systems to detect broken down vehicles in live lanes will be implemented across the whole of the network by the end of 2022, brought forward from the original deadline of March 2023.

Figures from Highways England show SVD technology has so far only been installed on three sections – covering only 37 miles out of the country’s 500-mile smart motorway network.

The original action plan to boost smart motorway safety was launched by Mr Shapps in 2020, following growing concern over dangerous incidents. Last month, a coroner concluded smart motorways are a “present an ongoing risk of future deaths”, as he linked a driver fatality to a lack of hard shoulder.

Speaking to the Commons’ Transport Select Committee, the Cabinet minister said he “put pressure on” Highways England to speed things up.

Mr Shapps said he “inherited” smart motorways and pledged to “get rid of confusions”, including the “insane” dynamic hard shoulders.

He added: “A lot of people say just undo it [smart motorways], and I’ve looked at that and it would require the equivalent of land of 700 Wembley stadium-sized football pitches to somehow undo all of this and we’d have to buy people’s homes, destroy acres of Green Belt.

“I don’t see that there’s a route through to simply undo it. We’ve got to make what’s there safe.”

A speed up in the development of SDV technology – designed to detect stationary vehicles, trigger electronic messages and alert control rooms –was first called for in last year’s action plan.

As well as plans to abolish the dynamic hard shoulder system, further measures include increasing traffic patrols on smart motorways where places to stop in emergency are too far apart and installing more emergency areas on the current M25 smart motorway stretches.

Want to learn more? Find out the cost of ignoring the red ‘X’ on smart motorways.