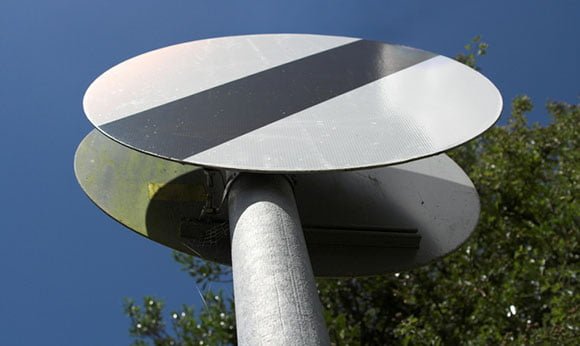 There are many signs on our roads, but do you know what they all mean?

According to a recent poll, which questioned 2,000 adults, drivers don’t know the meaning of one in every five signs, while many others are mixed up over road markings.

For instance, just 27% of participants knew that a white sign with a red border means “no vehicles except pedal cycles being pushed by hand”.

And only 10% could identify that a broken central white line is used to denote an upcoming hazard, with 66% believing this meant road conditions are normal.

But if you think that these are among the more obscure aspects of the Highway Code, there were also blind spots in many drivers’ knowledge of more common aspects of road safety.

Eight in every 10 drivers could name the “national speed limit applies” sign – a white circle with a black diagonal line. But 4% of respondents thought the sign symbolised a 70mph limit, while 7% were under the impression that the sign meant there were no speed restrictions.

Take our test
What do you think? Would you be able to identify what the following road signs mean from the descriptions below?

Answers
1. No motor vehicles, 2. No stopping (clearway), 3. Accompanied horses or ponies, 4. Traffic signals ahead, 5. No overtaking.

If you struggled with any of those, you might want to revisit your Highway Code, or even better, take a look at the Department for Transport’s Know Your Traffic Signs book.