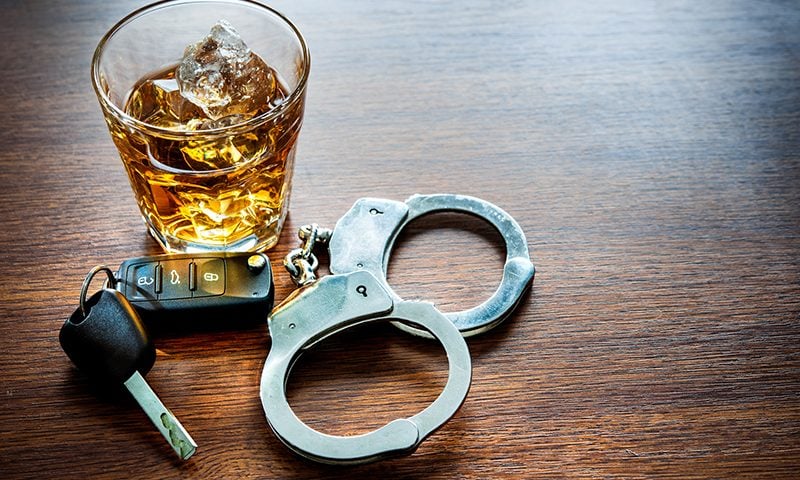 The Christmas party season is almost here and for many of us that means spending time with family and friends — eating, drinking and being merry.

But this merriment can lead to dangers on the roads, as the number of drink drivers out there increases. Safety campaigners IAM RoadSmart estimate that police officers stop around 100,000 drivers on the UK’s roads every festive period.

We don’t condone drink driving at any time of the year, but to keep you safe and on the right side of the law this Christmas, here’s everything you need to know about drink driving.

What’s the drink-drive limit in the UK?

The drink-drive limit will depend on where you are, as different parts of the UK have different limits.

There are currently no plans to reduce the limit in England, Northern Ireland or Wales, to be in line with Scotland.

How much can I drink before I’m over the limit?

The most important thing to remember is that there is no set limit on how much you can drink without going over the drink-drive limit.

The effect that one pint of beer or glass of wine can have will vary from person to person, and can be dependent on a number of things such as gender, age, weight, tiredness, any food you’ve eaten and even stress levels.

Even the smallest amount of alcohol could put you over the limit, and unless you have your own breathalyser (which are available to buy) you’ll have no way of knowing if you’re over the limit or not.

So, the only thing to do to be perfectly sure is to not drink at all.

How long should I wait after drinking before I drive?

Just like there is no set limit on how much you can drink before you’re over the limit, there’s also no set time for how long you have to wait after drinking before its safe for you to drive.

And remember that you could still be over the legal limit the morning after a big night out, even if you feel fine. So give yourself time to sober up and don’t drive until it’s safe to do so.

The best and easiest way to ensure you are definitely not over the drink-drive limit is to not drink any alcohol at all if you plan on driving. It’s as simple as that.

If you want to drink, then don’t drive. Instead, either book a taxi or Uber or get a friend or colleague to be the designated driver instead. Just make sure you’re well-mannered by covering their fuel costs or buying their soft drinks through the night.

Another option is to forget about cars completely and take public transport. Some towns and cities have services that run all night, but if not then make sure you check when the last bus, train or tram goes so you don’t end up stranded.

Do I have to be driving to be charged with drink driving?

Even if you decide to sleep off a heavy night in your car, you could still be charged with being “drunk in charge” even if you aren’t actually driving.

Avoid both this, and being over the limit the morning after (not to mention the freezing night in your car), by taking a taxi home instead.

What’s the punishment for drink driving?

Considering the dangerous nature of the offence, it should come as no surprise that the penalties for being caught drink driving are severe.

Deciding your actual penalty will be left up to the magistrate that hears your case, but the Government does have suggested penalties that depend on the severity of your offence.

Being in charge of a vehicle while above the legal limit:

Driving or attempting to drive while above the legal limit:

Refusing to provide a test specimen (breath, blood or urine):

How does drink driving effect my car insurance?

If you have a drink driving conviction, insurers will see you as a greater risk. This will be reflected in your quote, which will be higher.

How much your premium will increase by depends on a number of factors, including:

Ali Spencer, Head of Product Development at 1ST CENTRAL commented: “Having a drink driving conviction can result in your car insurance premiums increasing and in some cases will mean that we’re not able to offer you insurance cover.”

What is a drink driving rehabilitation course?

If you’ve been charged with drink driving then you could be sent to a drink-drive rehabilitation course as part of your punishment.

You are responsible for both paying for and completing the course, and if you do so within a certain time frame you could see your driving ban reduced.

For all the latest news on motoring laws and regulations, check out the 1ST Central Hub and keep up to date with the latest goings on.