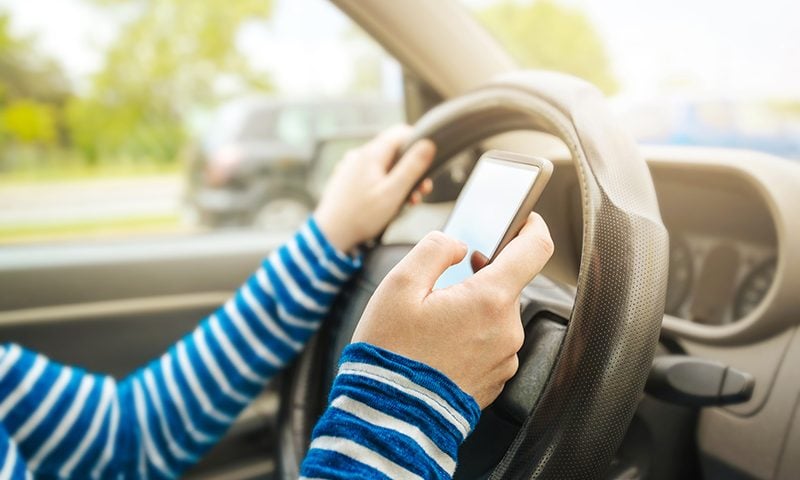 Seasoned drivers are bound to pick up the odd bad habit here and there. Perhaps it comes with the confidence (or complacency) of having been on the road many years…

However, new research suggests even newly-passed motorists can pick up their own poor behaviours, even if they’ve only held a full licence for a fortnight.

A study by comparison website ComparetheMarket.com, found that new drivers can begin flouting the laws of the road as early as just a couple of weeks after passing their test.

Driving without a seatbelt is the quickest bad habit to pick up, and it takes just 14 days for drivers to start being complacent when it comes to the legal safety requirement.

Meanwhile, after just three weeks, drivers are regularly found to be illegally using their mobiles to text while behind the wheel, along with tailgating other drivers.

Shifting from the “10 to 2” position on the wheel takes around five weeks to creep in, before solo motorists began cruising with one hand on the wheel.

The study also revealed that one in five full licence holders are not confident they are a good driver and are “concerned” about their abilities.

More worryingly, half of motorists say they don’t believe they would be able to pass the new driving test that comes into force from December 4, agreeing it looks much harder today than years, or even decades, ago.

The new test will drop the ‘reversing round a corner’ and ‘turn in the road’ manoeuvres and introduce sat nav capability testing and “show me, tell me” questions.

The practical driving assessment element will also be doubled in time, increasing from 10 minutes to 20 minutes.

Simon McCulloch, director at comparethemarket.com says the company wanted to gain an understanding of motoring habits to see how well drivers will fare.

He said: “Changing this element of the test will see more test routes on high-speed roads, leaving nearly half of drivers (44%) concerned about their own safety with learners now also practising on these roads.”

Make sure you’re following the rules of the road and take a look at our guide to the 2017 motoring law changes.