A guide to the top things to do in Edinburgh 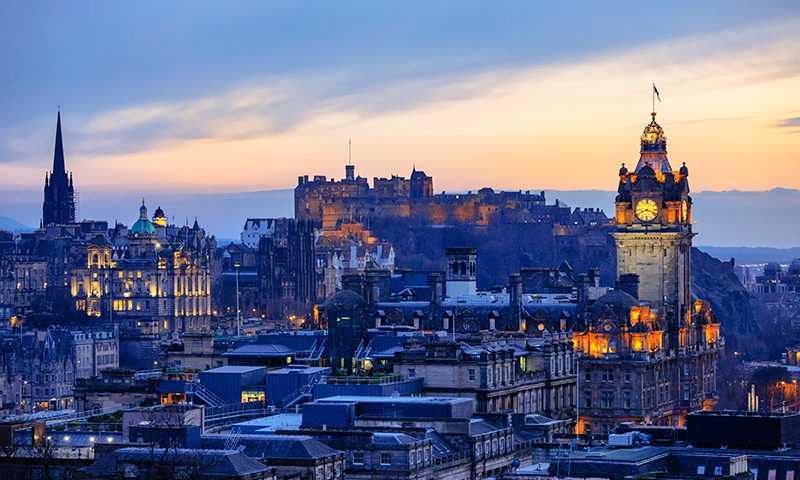 Known as one of the most picturesque cities in Great Britain – where history and architecture merge seamlessly with the modern – it’s no wonder that Edinburgh is the second most visited city in the UK after London.

With its cobble-strewn, deeply atmospheric old town, and the gracefully conceived ‘New Town’, Edinburgh has become one of the most popular tourist destinations in Europe; with tourists coming from all over the world to experience the wonders of the beautiful Scottish city.

With there being so much to see during your visit to Edinburgh, we thought we’d pull together a little guide on some of the best things to do in the city.

When to visit Edinburgh

Edinburgh is a city that you can visit all year round – there’s always something going on so you’re spoilt for choice – but we can safely pick out three times when it’s worth popping over the border.

Edinburgh Festival Fringe, August – The Edinburgh Festival Fringe is the single biggest celebration of arts and culture on the planet. Welcoming an explosion of creative energy from around the world – with over 50,000 performances across 300 venues, from big names in the world of entertainment to unknown artists looking to build their careers – the festival caters for everyone.

Christmas Markets, middle of November until the start of January – Christmas is always a spectacular occasion. But seeing it in the picturesque setting that is Edinburgh, it really becomes something quite special. Suited for the young and the old, the Christmas Markets bring the festive spirit to life with a wealth of stalls full of festive foods and goods to peruse, thrilling rides, and plenty of activities for everyone.

Hogmanay, 30th December – 1st January – We’ve all heard about London, New York and Sydney’s New Year’s celebrations, but Hogmanay might just be one of the most underrated of them all.  This three-day celebration truly is something to shout about – with torchlight processions through the heart of Old Town, and an epic street party – just think carnival in Rio, but where it’s freezing cold and at night. This year they even have Mark Ronson on the decks to make sure it really is a New Year’s to remember.

Accommodation in Edinburgh isn’t cheap, especially if you’re there when there’s a big event on. Prices can actually double, if not triple, so if you’re not interested in attending one of their big festivals, avoid planning your visit for the same time and you’ll be sure to save a small penny.

If you’re looking to stay fairly central than the Royal Mile is the essential starting point for any visitor to the city. While hotels can be expensive there are plenty of Airbnb’s just off the mile, giving you the perfect location, just not the same price tag.

Fancy splurging? Look no further than The Balmoral. There’s no competition in terms of the best hotel in Edinburgh; with its award-winning spa, Michelin-starred restaurant and great whisky bars, it might come at a price, but if you have the cash, it’s an experience that’ll last a lifetime.

For something a bit different, try The Witchery by the castle. Located at the gates of the Castle, sits this intimate, Gothic hotel. The rooms are luxurious, romantic and eccentric – think candlelit, wood panelling and plenty of velvet – but they do come with a bit of a price tag.

Where to eat in Edinburgh

So, there you have it…all the best things to do in Edinburgh in one place! We hope you’ll have a fun-filled stay whilst you’re visiting.