New motorway cameras could fine you £100 for ignoring closed lanes 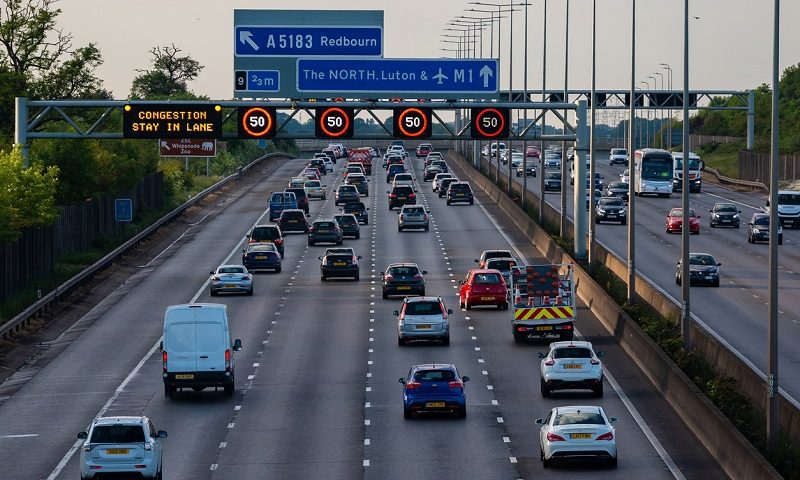 A new automatic camera charge has been announced to catch people driving in closed lanes on smart motorways. As of 14th September 2021, driving in a closed lane could cost you a £100 and three penalty points per incident.

Digital signs on smart motorways use technology to manage the flow of traffic during busy times. This can include marking lanes as closed with a red ‘X’ symbol in the overhead signage. But still many drivers continue to flout the law.

National Highways has taken to Twitter to warn drivers about the new automatic charge set to clamp down on drivers illegally cruising down closed motorway lanes.

“There’s no eXcuse – don’t ignore the red X,” the government agency posted. “It’s illegal to drive in a red X lane and motorway cameras can now automatically detect drivers who flout the law.”

Driving in a closed lane is illegal under the Highway Code and could incur hefty fines.

There are a number of reasons motorway lanes might be closed, including reports of accidents or breakdowns, plus allowing emergency or breakdown services to reach incidents faster.

The Twitter announcement from National Highways sparked some backlash on social media, with many feeling smart motorways to be more confusing than helpful.

One user said: “Please remember to tell us when speed restrictions and lane closures end. You are causing chaos, no one knows what speed they should be doing!”

Another commented: “Signs don’t make sense some days. 60, 40, 50, national, 40. Drivers don’t know what the hell to do, and then we wonder why accidents happen as people are braking to adhere to the law.”

This new charge is just one of several changes made on 14th September 2021as part of National Highways’ attempts to “make England’s motorways and high-speed roads even safer”. Find out more about how smart motorways are being made safer on the 1ST CENTRAL Blog.