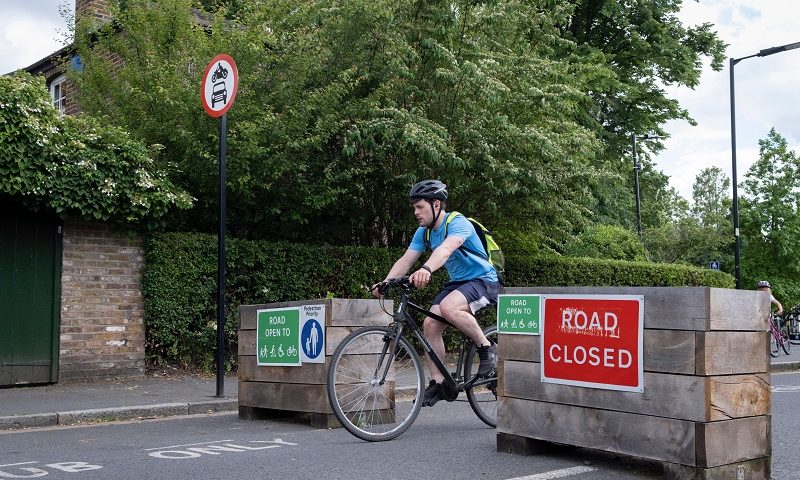 How well do you know your road signs?

With drivers being fined millions for entering low traffic neighbourhoods (LTNs) due to confusion about signs, it might be worth brushing up on your knowledge.

Motorists have likely paid a total of 250,000 fines worth £14m for driving in LTNs in London in the past 12 months. This is due to a lack of understanding of the zones, The Times reports.

Hackney in east London alone has collected £2.7m, with 82% of those fined coming from outside the borough, the council’s analysis suggests.

Local councils have implemented LTNs to reduce or restrict traffic in certain areas, in order to promote cycling and walking, and cut down on ‘rat-running’ in residential streets.

Drivers caught flouting LTN rules are issued with a £130 fine, though this is reduced by half if paid within 14 days.

Many LTNs used to be marked out using giant planters or barriers. But now, some councils in the capital have switched to using cameras to penalise drivers for ‘moving traffic’ offences.

London is currently the only part of England where local authorities can use cameras to penalised these offences. However, the Department for Transport (DfT) said councils outside London will gain the same power by the end of the year, potentially leading to more fines elsewhere.

A YouGov poll commissioned by the #BikelsBest campaign group found that only half of drivers surveyed could correctly identify the ‘no motor vehicles’ sign that is used to highlight LTNs.

The sign – with a motorcycle over a car surrounded by a red circle – has been used since 1964 and is part of the Highway Code. However, 29% of drivers believed it means that only cars and motorcycles can use the road.

More than 200 LTNs have been created in the UK during the past 12 months, helped by quieter roads as a result of the pandemic. Measures include widening footpaths and improving or installing cycle lanes.

Some motorists have campaigned against LTNs or asked for the government to improve signs, yet the government claims twice as people support LTNs as oppose them. However, detractors say many of the schemes are rolled out without sufficient consultation and can lead to longer car journeys.

Adam Tranter, founder of #BikelsBest, said: “The zones are popular in polling so extra clarity in the signage could help bring people on board who support the concept but are frustrated at the implementation.

“Given these measures are likely to be very commonplace as part of the green recovery, it might be time for a more literal sign.”