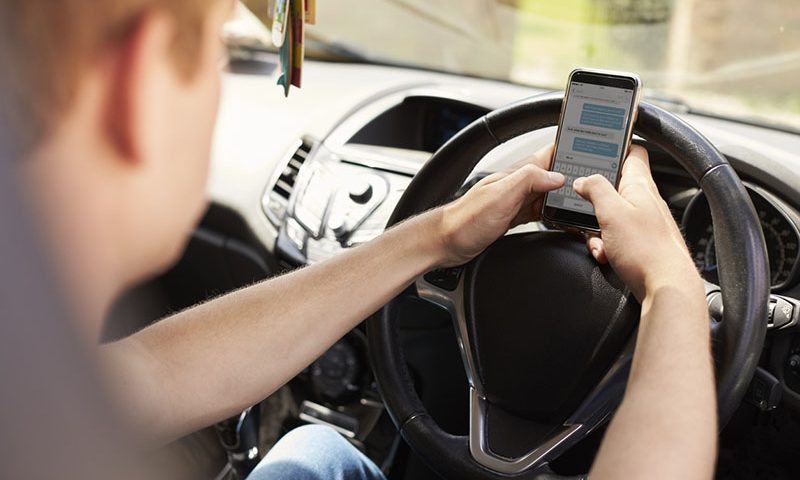 Are you still tempted to answer your WhatsApp messages while stuck in traffic? Is it worth the risk?

Well new research suggests millions of drivers continue to use their mobile phones at the wheel despite harsher penalties introduced in 2017.

As many as 23% of UK motorists admit to making or receiving phone calls while driving – that’s around a staggering 10 million of us still breaking the law.

Drivers using mobile phones behind the wheel risk a maximum penalty of £1,000 and disqualification from the roads if caught.

Government guidelines advise drivers to keep their phones in the glove box to avoid distractions. However, the survey of 1,753 motorists found that only 15% follow this advice.

The habit is particularly common among younger drivers, with over half of 17-24-year-olds admitting to making calls behind the wheel.

Up to 35% of motorists in the under 25 category check texts, emails or social media while driving – activities shown to increase the risk of an accident by up to 24 times.

Campaigners blame record congestion and traffic-jam boredom for sustained mobile phone use on the roads. According to the Department for Transport (DfT), traffic levels have risen by 6.5% in the last 10 years.

Labour MP Lilian Greenwood, Chairman of the Transport Committee, said: “In 2017, there were 773 casualties – including 43 fatalities and 135 serious injuries – in road traffic collisions where a driver using a mobile phone was a contributory factor.

“Every one of these casualties could have been avoided if drivers had been paying attention to driving and not their phone.”

MPs have warned that declining numbers of police on the roads could be undermining Government attempts to crack down on mobile phone use.

Tim Rogers, of staff representative body the Police Federation, said: “Often they’re doing it in traffic, but inattention at any speed is lethal. These people will say they rarely see police on the roads, that they’ve never been stopped by police, so they perceive no risk in doing it.

“Why do we accept it is OK for six people a day to die on our roads? It’s certainly not acceptable. We need more traffic police to reduce the number of causalities on our roads.”