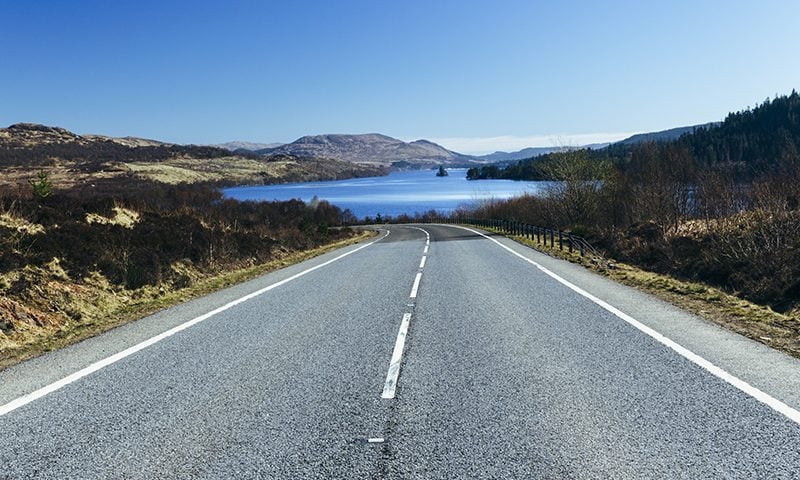 This summer has been one to remember, and one we quite frankly don’t want to forget. It’s been compared to the summer of ‘76, or as we Brits like to remember it, ‘The Endless Summer’. There are two things that the summers of ‘76 and ‘18 will go down for: the first, obviously the weather, but second, the road trips.

With over 200,000 miles of road ready to explore, Britain sure has a few options that could make it into the Hall of Fame of British road trips. And despite the notorious reputation of some of its motorways – yes, we’re looking at you, M25 – many of our roads are surprisingly beautiful. So let’s take a look at five of our favourite British road trips:

Let’s face it, the Lake District was always going to be up there. It boast some of England’s highest peaks and amazing scenery. Come rain or shine it’s impossible not to fall in love with the Lake District’s beauty, and the fact that it’s also the home of Beatrix Potter and her furry little friends makes it even more special.

It wouldn’t be a top five without a coastal drive, and the Norfolk Coast sure delivers. Known for its wild and underrated beauty, the scenic coastline has this year celebrated its 50th anniversary as an ‘Area of Outstanding Natural Beauty’. And if that isn’t enough to get your car into gear, then how about the promise of seeing wild seals basking in their natural habitat?

The new North Coast 500 circular route is being described as Scotland’s answer to America’s Route 66. And if you’re after some of the most breath-taking mountains views in Britain, then this is the road trip for you. Not only is the fresh Scottish mountain air a huge attractor, but passing through the highlands will also deliver some of the most picturesque roads you’ll ever come across in the UK; drive on truly open roads surrounded by the highlands and the icy lochs that will take your breath away. Not quite sold? How about the chance to see the Northern Lights without having to fork out for a plane ticket to Iceland?

Okay, so we’ve squeezed in another coastal drive, but who can blame us? This one truly is worthy of being in our top five. If you’re a beach fan like us, then heading down to the West Country is a sure-fire way to have a great road trip. Sandwiched between barley fields and a succession of Britain’s best beaches and bays, if you need to get out and stretch your legs or just fancy a spot of fish and chips on the beach, then you’ll be spoilt for choice.

With over 550 miles of natural beauty, including the largest natural heather moorlands in the UK, the North York Moors never fails to disappoint and is often considered one of Britain’s most picturesque locations. But if nature isn’t your thing, there are some great little stops along the way. Head out east to the beautiful fishing port of Whitby – home of Captain James Cook, Whitby Abbey, and even Dracula himself (or so we’ve been told). Lined with pretty little shops, inns and pubs along the harbour, Whitby, we think should be known as the ‘Gem of Yorkshire’.

Have we sold you one of our favourite road trips? Then take a look at our top tips for road tripping on a budget.