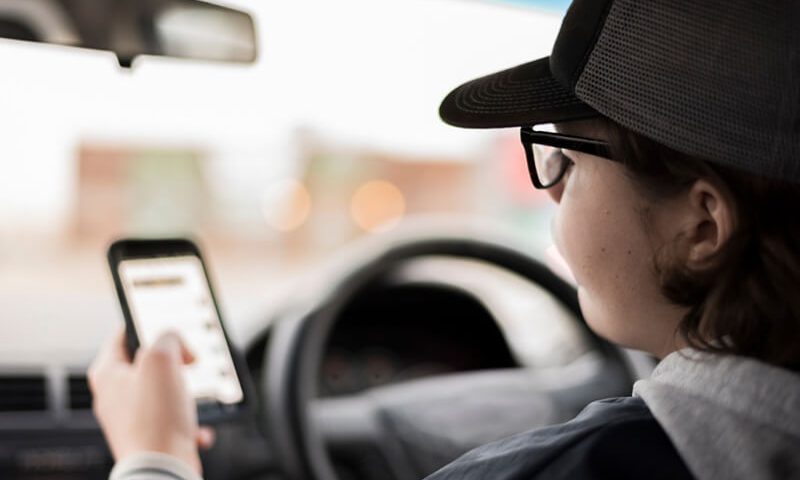 How often do you find yourself checking social media for the latest celebrity tweets or Instagram posts? Once a day? Maybe a couple of times an hour? Or perhaps every ten minutes?

A shocking new poll has found that millennials are twice as likely to have a social media addiction and will happily check their phone while driving.

According to research, almost a quarter (23%) of drivers aged 18-34 admit to checking social media at the wheel.

And even more worryingly for road safety chiefs, 5% of motorists admit to doing so at least once a day.

The UK’s most common bad habits at the wheel

Nearly a third (28%) of young drivers say they send messages while behind the wheel. Worryingly 6% of them admit to doing so every day.

The figures for millennial drivers compare to 11% of drivers of all ages checking social media and 15% sending messages.

In 2017 the penalties for using your mobile phone behind the wheel strengthened and now stand at six penalty points on your licence and a £200 fine.

Should the police deem your offence to be more serious, you could face prosecution for careless or dangerous driving.  If that’s the case then you could lose your licence or even end up in prison.

Despite the stricter penalties it’s reported that nearly 500,000 people a day risk their lives by using their phone at the wheel, with over 12,000 drivers prosecuted in 2017 alone.

Tragically, in 2017 33 people lost their lives and a further 450 were injured whilst using their phone at the wheel.

Put the phone away

A spokesperson from 1ST CENTRAL commented: “Drivers don’t just have a duty of care to themselves, but to all road users. Using your phone while driving doesn’t just impact you,  it can also impact other road users too.”

“The best way to stop the temptation is to put your phone on silent and out of reach. No tweet is worth your life”

People’s social media addiction isn’t the only thing that’s impacting road safety, check out our Road Safety hub for all the latest insights.