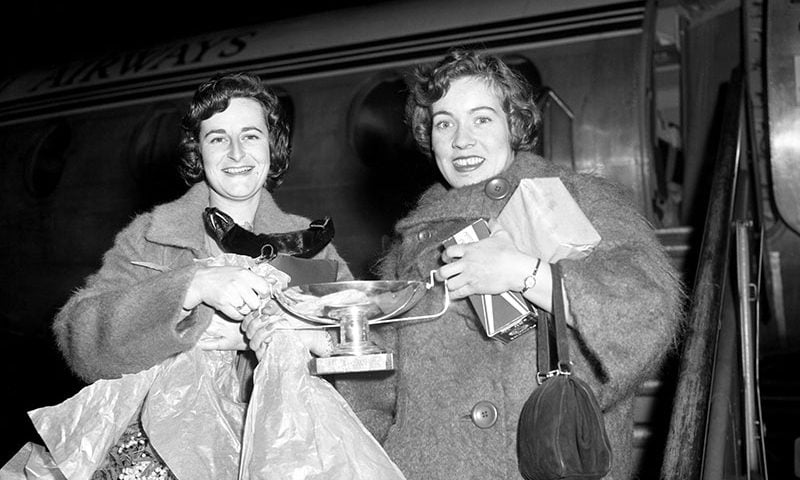 Off the back of our recent announcement of our venture into motorsport, and the fact that today is International Women’s Day, we’ve put together a list of some of the most influential, successful, and all round awesome women in the history of motorsport.

Pat Moss
Pat Moss was one-half of the incredible Mossie and Wizz rally dream-team in the 1950s and 60s. As you might’ve guessed from her name, she was also the younger sister of legend, Sir Stirling Moss.

Mossie and Wizz (aka Pat Moss and Ann Wisdom) were an unstoppable rally force. Pat won the European Ladies’ Rally Championship an incredible five times, even though her co-driver Ann had car sickness! That’s quite a talent.

Monisha Kaltenborn
Bringing things back to the modern day, and moving from rally driving to Formula One, we have Monisha Kaltenborn. Monisha spent most of her life living in Austria, including her time spent studying Law at the University of Vienna. After studying for a master’s degree in London and working with the UN, she eventually found a love for motorsport.

Monisha became the first female team principal in Formula One when she joined Sauber. As if that wasn’t enough, she’s also the team’s CEO!

Michèle Mouton
Superwoman. That’s how Michèle Mouton was described by Niki Lauda. Starting as a co-driver, Michèle quickly swapped seats and began driving the rally car, becoming the only woman in history to win a round of the World Rally Championship.

This victory came in 1981. The following year, Michèle won three further rounds and came in just 12 points shy of winning the championship. It wasn’t only Niki Lauda who sang Michèle’s praises; Stirling Moss described her as “one of the best”, and we have to agree.

Joy Rainey
Motorsport is more physically exhausting than people may think.  Joy Rainey suffered from restricted growth as a child, which led to her having to wear irons to straighten her legs. But did that stop her from racing? Of course not.

Joy Rainey became the queen of long-distance driving, with one highlight being her completion of the London to Sydney Marathon in 2004. Kart racing, hill climb events, long distance marathons… there was nothing Joy couldn’t do.

She’s well known in the UK thanks to her multiple appearances on Top Gear. And there were even rumours that she was The Stig. Is there higher praise than that? We don’t think so.

Have we missed anyone out? Let us know by dropping us a comment below.